The search is on for a new variety star to follow 2018 winner Lost Voice Guy. Who's behind the buzzers this year and who will be watching from the wings?

TV’s most feel-good reality contest is back – Britain’s Got Talent is launching its 13th series.

Whether you want to know who the presenters are, who’s on the judging panel, or when to tune in for the first round of auditions, we’ve got all the latest news about the ITV show.

When is Britain’s Got Talent back on TV?

Britain’s Got Talent’s 13th series makes its return to ITV on Saturday, April 6 at 7.15pm.

It begins with the first round of auditions and culminates in a week of live semi-finals, topped off by the grand final, which usually airs at the start of June.

Are Ant and Dec presenting together again?

This year’s Britain’s Got Talent will mark Ant McPartlin’s return to TV after he took a year off to deal with his problems with alcohol.

He bowed out of the 2018 series midway through after a drink driving accident, leaving best pal Dec to host the live shows alone for the first time, and has not been seen on TV since.

But it’s been confirmed that Ant and Dec will be back together for the start of the new series, which could mark his full-time return to presenting if it goes well. 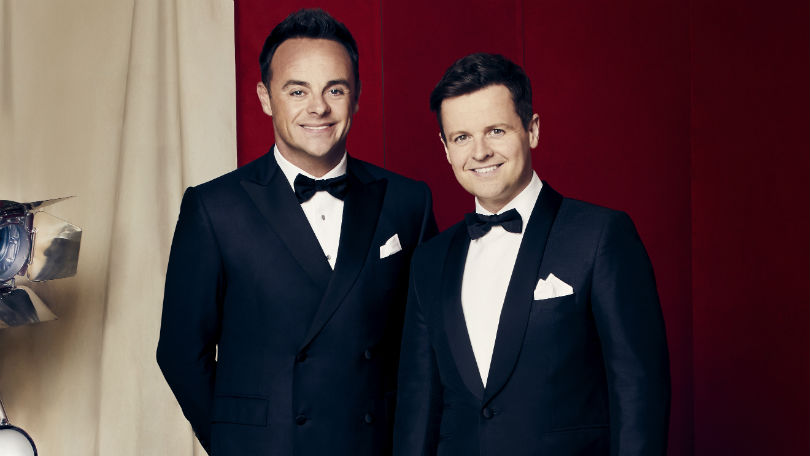 Show boss Simon Cowell told The Sun of Ant’s return: "It's like it never happened, that's when you know it's comfortable.

"We're all back together again, we're friends, you know these things happen. I really did miss him."

Ant made an emotional return to the show during his first filming appearance, stepping out on stage to greet the audience.

He said: "Hello everyone. Oh god, I'm really, really emotional now. I've missed you all. As for Dec, I've missed you. Thank you very much, what a warm welcome.

"What a great show to come back to, I'm thrilled, I'm over the moon. Shall we move on before I cry?"

Britain's Got Talent just wouldn't be the same without @antanddec. Two total BFF's and just two days to go until #BGT airs! 😮😱😍 pic.twitter.com/hVahu3nFUT

Good news – for the eighth year running, the judging panel stays the same.

The line-up is a favourite with show fans and has been the most popular, with all of the judges seeming to get on well with each other.

While the BGT team have been auditioning potential star acts across the UK, the judging panel have only graced London and Manchester with their presence for the first round.

Last year’s contest moved away from the TV studio and into the Hammersmith Apollo theatre for the first time, although it wasn’t without a few hitches.

Bad weather caused some of the semi-final coverage to cut out during the live show, but Simon Cowell seemed pleased overall with the change of venue.

Fingers crossed the technical difficulties have been ironed out ahead of the 2019 live shows.

The stand-up sensation, whose real name is Lee Ridley, had an added challenge to his routine as he has been disabled for most of his life and cannot speak.

He is the first comedian to have used a communication aid to tell his jokes, but his stage presence and witty gestures helped make his act one of the contest's most popular.

As ever, the acts auditioning will be hoping for an audience with the Queen, as the prize is an appearance at The Royal Variety Performance.

But the glory of performing alongside some of the world’s best-known acts with the Royal Family in attendance isn’t the only draw – the winner also gets a hefty cash prize of £250,000.

Of course, many former winners have gone on to successful careers afterwards, including Diversity, Tokio Myers, and Ashleigh and Pudsey.

Britain’s Got Talent returns to ITV on Saturday, April 6 at 7.15pm.