Dancing on Ice’s most dreadful skaters of all time

Not everyone becomes an ice pro just by signing up to the show. Here are six of the worst skaters Dancing on Ice has ever seen.

As one of the toughest reality shows on telly settles back in to its regular Sunday evening slot, viewers are wondering who this year’s ice rink heroes and zeros will be.

Contestants have made much of how lucky they are to enjoy top coaching on the ice for free, but unfortunately, having a skating pro at your disposal does not necessarily equal success.

[Read more: Where are Dancing on Ice's winners now?]

These past celebrity skaters found out the hard way what it’s like to have a nation watch as you stumble across the ice like Bambi.

Arguably the consistently worst skater that the show has ever seen, Todd Carty went also down in history for having the most memorable ice mishap.

Former EastEnders star Todd took to the rink in 2009, but was a disaster from the start – culminating in the funniest routine-gone-wrong we’ve ever seen.

[Read more: Dancing on Ice stars give the inside gossip]

Midway through a routine, poor old Todd lost control of his skates and found himself barrelling off the rink and down the tunnel leading backstage while his partner Susie Lipanova valiantly continued her part of the performance solo.

He eventually managed to stop and re-emerged towards the end of the routine, handling the embarrassing incident with plenty of good humour. To this day, contestants still talk about the fear of “doing a Todd Carty”.

Ex-England footballer David Seaman may have been nicknamed Safe Hands for his goalkeeping skills, but sadly for his skating partner Pam O’Connor, his good grip did not extend to the ice.

David dropped his partner numerous times, but by far the worst was during a headbanger-style lift. Notoriously dangerous, it ended in every skater’s worst fear when Pam’s feet slipped through the goalie’s fingers and she came crashing down on her chin, needing stitches.

However, David must have managed to impress in some way during the series as he ended up married to another pro skater, Frankie Poultney. 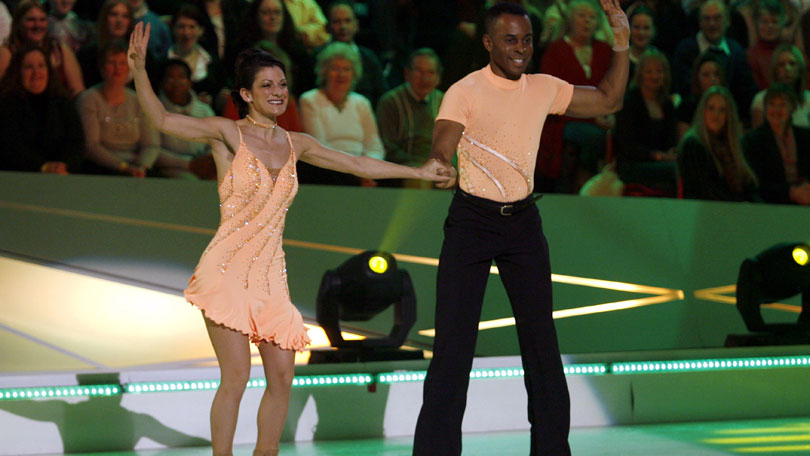 Popular TV presenter Andi had the dubious honour of being named the show’s worst-ever skater by sharp-tongued judge Jason Gardiner.

He looked pretty much constantly unsteady on his feet and failed to convince with his dance moves – although to give him credit, he managed to keep his trademark grin firmly in place most of the time.

Can anyone take Andi’s crown as Jason’s worst-rated contestant? This year’s batch of celebrities will certainly be hoping not.

When the 2013 series of Dancing on Ice began, producers must have been rubbing their hands together with glee at having signed global star Pamela Anderson.

However, their smugness was short-lived as Pammy ended up being booted out first, thanks to her terrible skating skills.

The former Baywatch star suffered a couple of stumbles during her one and only routine, but the most cringeworthy moment came when her famous cleavage tried to escape from her costume and she finished the performance frantically trying to pull her leotard back up. 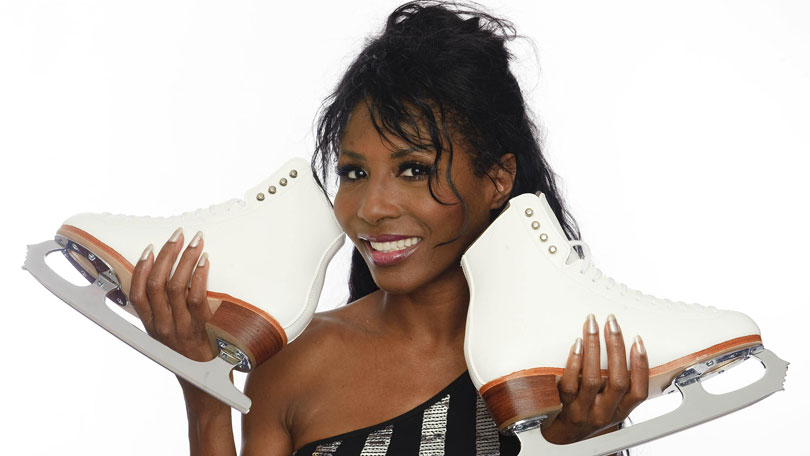 The 80s popstar wears her heart on her sleeve and has been vocal about not being invited to appear on the latest series of the X Factor.

Sinitta’s time on Dancing on Ice was no different when it came to expressing how gutted she was to leave the show – she was shown the door in the first week after an accident during a lift saw her slice an enormous hole in partner Andrei Lipanov’s trousers with her skate blade.

Without even trying to play it cool about her early exit, she said: ''I had such high hopes for this. I was starting to love it. I can hardly speak.''

Showcasing some of the worst moves the programme has ever seen, comedian Joe Pasquale was completely out of his depth with the competition.

Many of his routines involved desperately trying to stay upright and on the spot as he waved his arms about in an approximation of dancing.

But despite his obvious lack of skill, Joe was a hit with viewers and outlasted many better skaters thanks to the public vote, admitting that his eventual elimination was “about five weeks too late”.

Joe was invited back for the All Star series because of his popularity, but had a much shorter second run as he was voted off in the first week.

Dancing on Ice continues on Sunday, January 14 at 6pm on ITV.