Caroline Catz: Who is the Doc Martin star?

She is a known to millions of TV viewers as Martin Clunes' long-suffering wife in hit ITV series Doc Martin, and has a memorable name - but just who is actress Caroline Catz? Here's what you need to know.

She is currently starring alongside Martin Clunes in the ninth series of ITV's Doc Martin, but Caroline Catz is no stranger to comedy drama or indeed to British TV screens. Here's all you need to know about the actress.

Caroline Caplan was born in Manchester in 1970 and was inspired to become an actress by childhood visits to the city's Opera House and Royal Exchange Theatre.

She took the stage name Catz after discovering there was already another actress of the same name, and was inspired by seeing graffiti of cats in a phone box - although, ironically, she is allergic to them.

Her first significant TV role was in All Quiet on the Preston Front, the BBC comedy drama about a Territorial Army division, where one of her fellow cast members was Stephen Tompkinson, who she later starred alongside in DCI Banks.

[Read more: Doc Martin series 9 - all you need to know]

Following on from All Quiet on the Preston Front, she played the first of four different roles of police officers in ITV's The Bill. 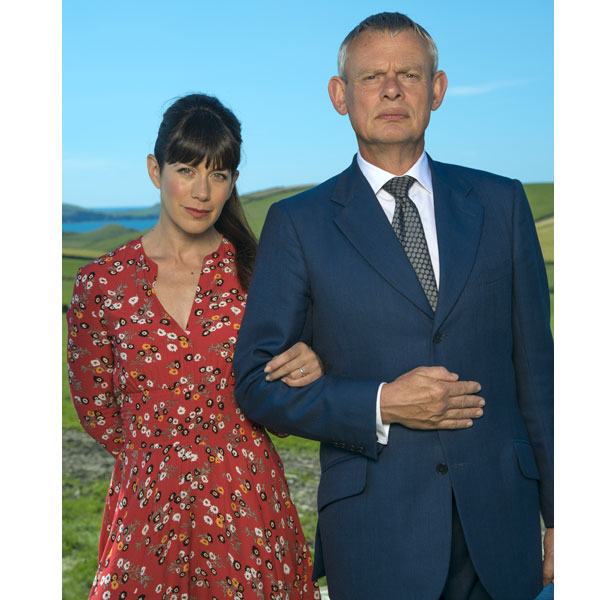 It was while working on The Bill that she met her husband, fellow actor Michael Higgs. They have two children.

After The Bill, she played PC Cheryl Hutchins in all five series of The Vice, alongside the likes of David Harewood, Ken Stott and Tim Pigott-Smith, before sharing top billing with Lisa Faulkner in Murder in Suburbia, her third police role.

Whilst also making appearances in series such as Hotel Babylon and Agatha Christie's Marple, and being one of the lead characters in ITV's DCI Banks, it was her role in Doc Martin, as his wife Louisa Ellingham, that established her as one of the most frequently seen faces on British TV screens.

[Read more: Martin Clunes has fans in the outback]

Away from acting, she is a keen musician, singing with a band called Sapphire.

Caroline has been busy since series 8 of Doc Martin finished - in the time in between her filming in Cornwall, she wrote and directed a short film about Delia Derbysire, the woman behind the Doctor Who electronic theme tune, who she has long been a fan of.

She will go into production for a long version of the film this autumn, and in June she also appeared in a film called In Fabric about a haunted dress.

Doc Martin returns to ITV on Wednesday, September 25 at 9pm.

Never miss an episode with BT TV - look out for it on the ITV Hub app.