Harry’s Heroes: The Full English – Who are the football legends taking part?

Find out which sporting stars will be tackling their health and fitness for the ITV nostalgic football special.

They’re some of the classic names of English football history, but this side is looking a little larger and slower than we might remember from their heyday in the 1990s.

New ITV documentary Harry’s Heroes: The Full English challenges I’m a Celebrity winner Harry Redknapp to whip some old legends of the game into shape and get them back on the pitch.

This starting 11 and their management have seen better days, but they’re tackling a game of two halves – diet and exercise, with pies and pints being sent off in favour of a healthy lifestyle worthy of today’s top players.

Manager Harry is everyone’s favourite team boss since his winning appearance on I’m a Celebrity… Get Me Out of Here!.

Now, he’s challenging some of his peers to take on something as tough as any bushtucker trial – giving up their favourite fatty foods and drinks to see if they can get back out on the pitch.

He’ll have to prep the 90s stars to fit back into their Three Lions shirts and take on their old rivals Germany one last time. The difference is that these days a diet of booze and kebabs isn’t acceptable for a sportsman.

Ex-Spurs manager Harry said: “I think they'd win the Premier League, this group, a forward line of Waddle, LeTissier, Fowler and Merson. I mean, what would Man United or anyone else give you for that forward line?”

No manager can rise to the top without the help of an equally great assistant, and Harry’s comes in the form of footballing legend John Barnes.

Former Liverpool player John will need to help Harry spell out to the team exactly what damage their unhealthy lifestyles are doing, while tackling his own weighty issues at the same time. 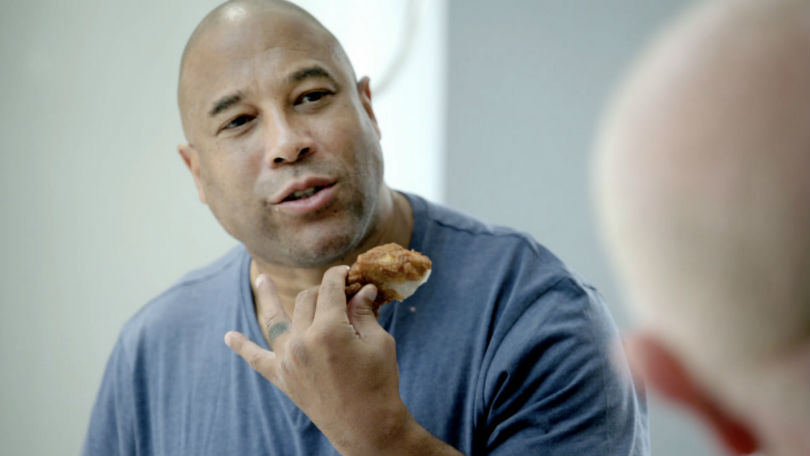 But luckily, John has an ace up his sleeve for team motivation – he’s going to get them to record a version of his own classic 1990 track with New Order, World in Motion.

Ex-Arsenal player Paul Merson was a big name of the game in the 80s and 90s, but these days is better known as a TV pundit.

He may be an expert on today’s footballers, but their healthy lifestyle is very different to what he’s used to. 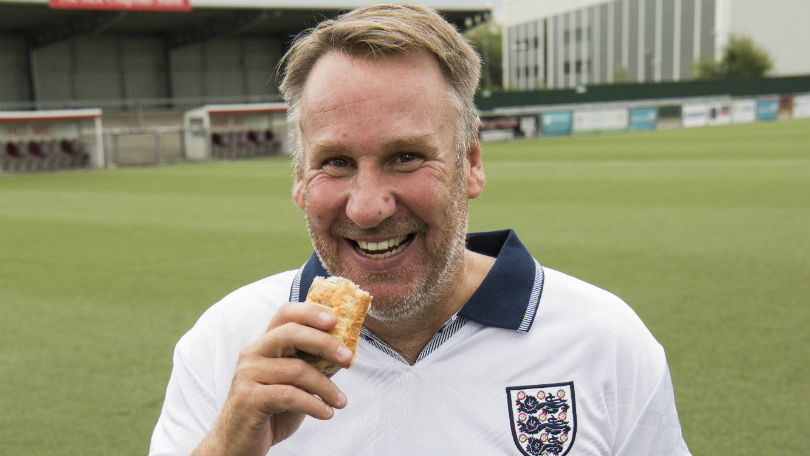 Paul said: “It’s very different, on a Friday, you had as much pasta as you could, but now it’s obviously rice and chicken and broccoli and a lot of protein drinks. The training is a lot of weights, which I’ve never done in the various stages of my career.”

Chris Waddle had a 20-year career in football, playing for big name teams including Newcastle United and Spurs, but he says it wasn’t until he began playing in France that he understood how bad his diet was.

He explained: “I didn’t discover diet and fitness until I went to Marseille, that would've been 1989, but before that there were little bits of new ideas creeping in. 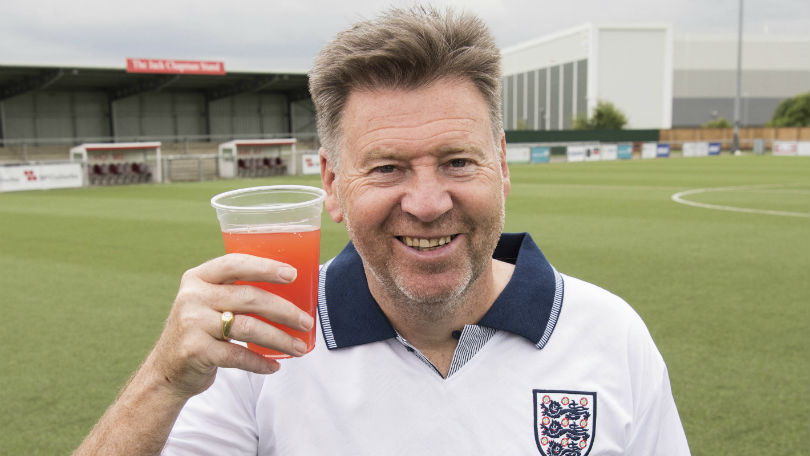 “When I was at Tottenham and Newcastle, you’d get up in the morning and have a full English before the match, and then at about 12.30 you’d have steak, chips and mushrooms.

“People back then didn’t know about pastas and this and that and rice, but when I went to Marseille, it opened my eyes. I didn’t realise, when they were telling me things to eat, the importance of it.”

Another ex-Arsenal player joining the side is Ray Parlour, who claims that getting into diet and exercise wasn’t as tough for him as for some of the others.

He said: “I was healthy eating anyway, I like all vegetables so I didn't have a problem with that.

“I wasn't too bad, but again I've just cut down now, you know when you have a bag of peanuts and a pie? I don't have the peanuts anymore.”

Former Arsenal goalkeeper David Seaman hasn’t been completely out of the fitness game since retiring – he’s taken part in Dancing on Ice twice, married one of the show’s pro skaters, and still skates a few times a week.

He said: “Don’t forget I had Arsene Wenger for seven years at Arsenal, so we knew what was right and wrong. 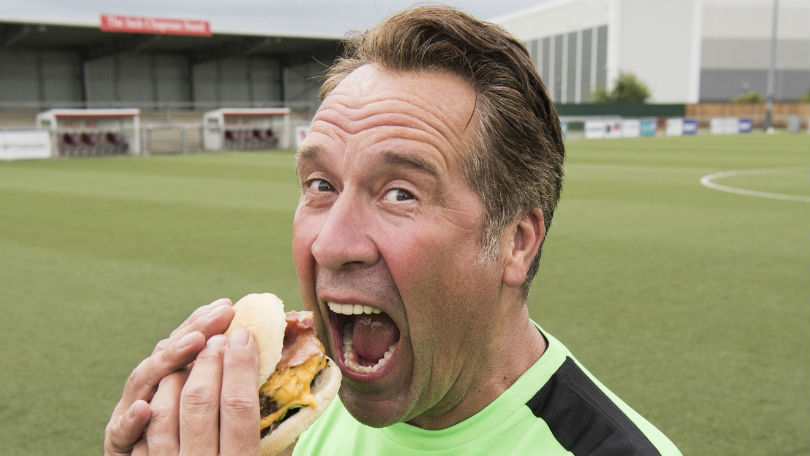 “Wrighty [Arsenal and England teammate Ian Wright] used to have a fillet with a fried egg on top before the game, I would have a ham omelette with cheese and beans, a whole variety of different foods.

“When Arsene came in, he not only changed Arsenal’s football but revolutionised the whole Premier League.”

Matt Le Tissier spent his whole league career at Southampton, and like many of his Harry’s Heroes teammates, now works as a TV pundit.

He explained that the science of fitness had begun to change just before he retired. “Back in the day, we were weighed on a Monday morning and then on a Friday, as long as your weight wasn’t going up nobody really cared about how that weight was made up. 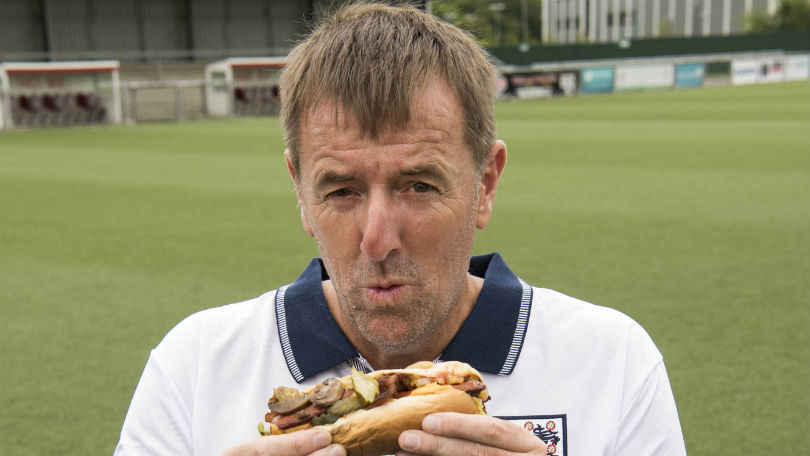 “Towards the back end of my career things started to become a bit more serious, taking body fat percentages, but for the majority of my career, as long as you make your weight, it didn’t really matter.

“I used to play tennis on a Sunday night then go and sit in the sauna, and then on the Monday morning my weight was OK... it’s crazy looking back.”

Manchester United midfielder Lee Sharpe says he got the same diet advice when he was playing, but had slipped into bad habits over the years by guzzling crisps and potatoes.

However, he admitted: “I'm definitely glad I played when I did. 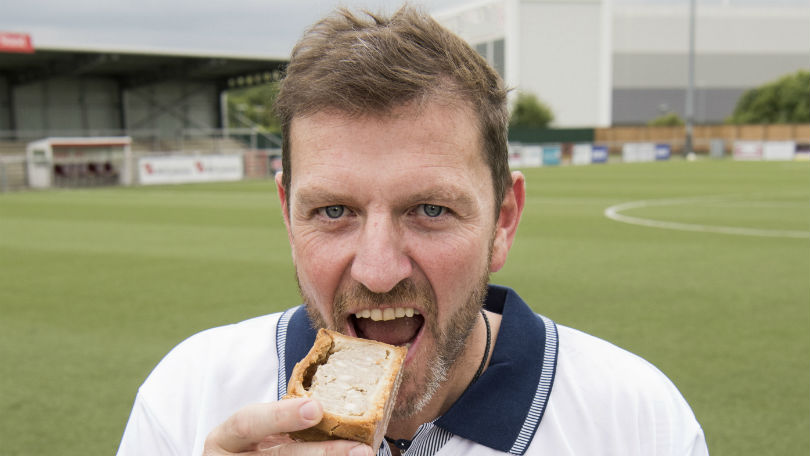 “Obviously the money is really good now, but I think when we played there were so many funny guys, more banter in the dressing room and no social media so we could have the odd night out where the team could meet up and have a couple drinks, but the diet was still clean and we were still fit.”

Ex-Liverpool striker Robbie Fowler will be a key part of the side’s chances in beating the German team.

But Harry and John are unimpressed when they take the lads on a supposedly dry training camp to Spain, only to find that Robbie has gone out on the booze and fails to turn up for training the next day. 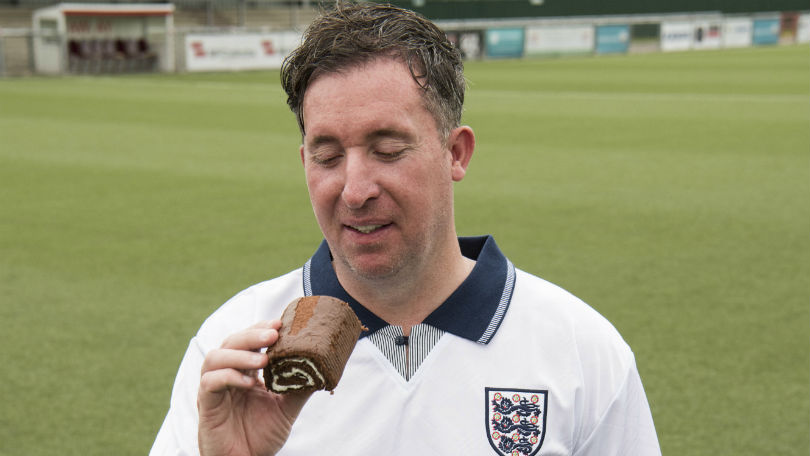 Midfielder Rob Lee spent two decades of his playing career between Charlton Athletic and Newcastle United, but will find that the expected level of fitness for a footballer has changed a fair bit.

However, at 53 years of age, can he change his habits to get back to top form?

Winger Mark Chamberlain spent the majority of his career at Portsmouth and Stoke City, but despite being 57 now, he shouldn’t be too far out of touch with the demands of the modern game. 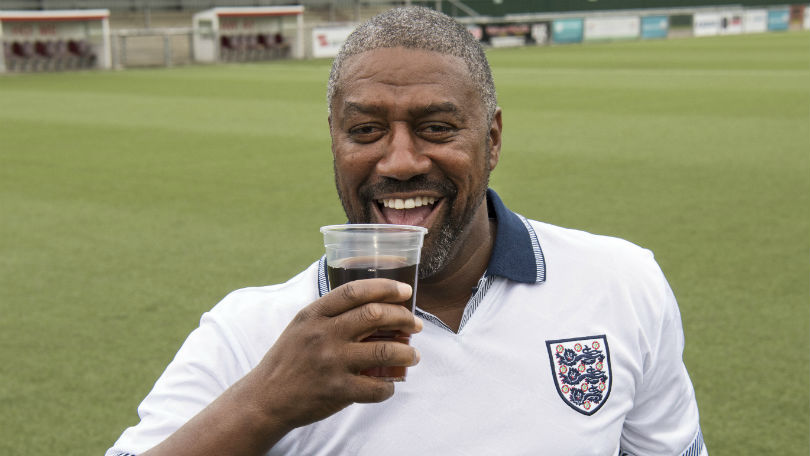 Former Liverpool, Southampton and Derby County defender Mark Wright has stayed in the game even after he finished playing.

He’s managed a number of sides during his career, so Mark must have an idea of what’s expected of his diet and fitness regime, even if he hasn’t been following his own advice. 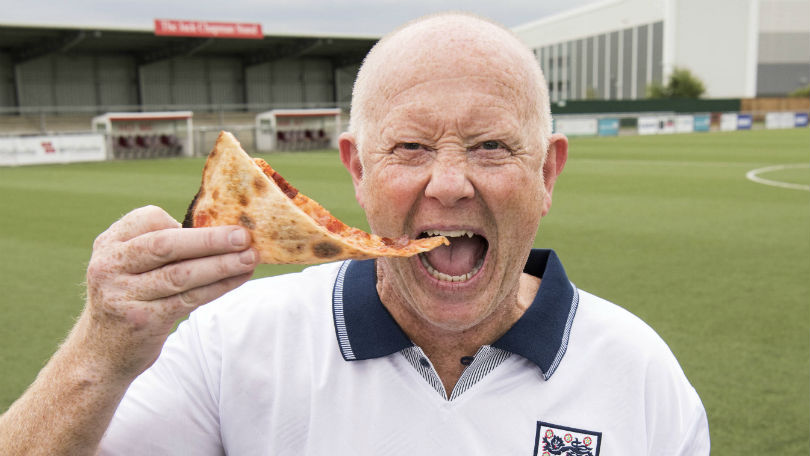 There’s always one in every documentary that viewers need to watch out for, and it seems that the one to watch here is ex-Liverpool and Southampton centre back Neil 'Razor' Ruddock.

A family cruise spells trouble for Razor when he finds the temptation of the food and drink on board too much, and his teammates revealed he’d only lost a single kilo over the whole 12 weeks.

Ray Parlour said: “Razor was hilarious, when he's trying to put his shirt on. When his shorts ripped, he was brilliant, and to be honest we haven't stopped laughing.”

Harry’s Heroes: The Full English airs on ITV on Monday, March 18 and Tuesday, March 19 at 9pm.