Jodie Comer: All you need to know about the Killing Eve star

See the Doctor Foster actress as you've never seen her before in BBC One's new assassin and spy series.

Murder mystery with a difference comes to BBC One with Killing Eve, a thriller about a cat-and-mouse chase between an assassin and a security agent.

Doctor Foster star Jodie Comer plays Villanelle, a psychopathic contract killer who is being hunted by an MI5 agent played by Sandra Oh.

Find out more about the star and her career to date.

[Read more: All you need to know about Killing Eve]

How did Jodie Comer start out in acting? 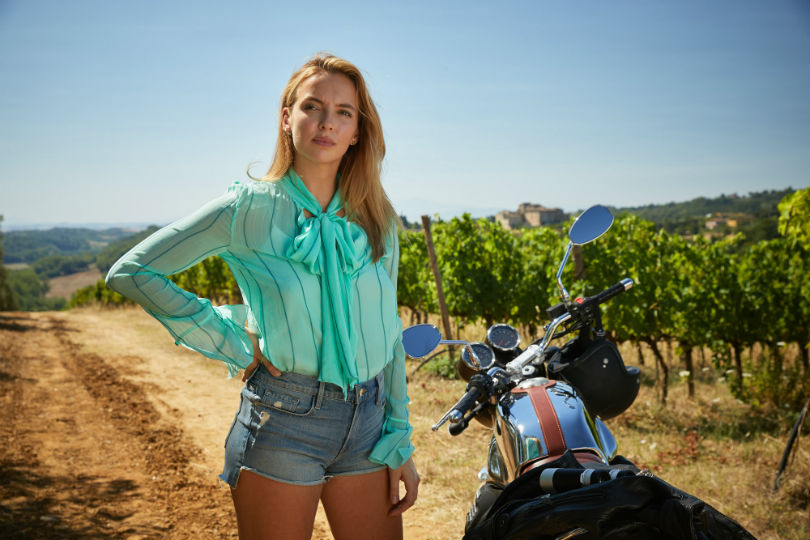 Jodie Comer was born in Liverpool in 1993. Her father is a masseur and her mother worked for a local transport company.

She was discovered at the age of 14 after winning a monologue recitation competition in the Liverpool Drama Festival, choosing to perform a piece about Hillsborough. From this, she was hired for a Radio 4 play being recorded locally, and found an agent.

Her first televison role was in ITV hospital drama The Royal Today, and she made appearances in series including Casualty, Silent Witness and Inspector George Gently before her first high-profile role alongside Michael Palin in 2014 BBC drama Remember Me.

[Read more: All you need to know about Bodyguard]

Which roles is she best known for?

Jodie landed the role of Chloe in E4's Bafta-nominated My Mad Fat Diary, a comedy-drama about mental health issues which had a huge following and which saw her star alongside Sharon Rooney and Nico Mirallegro.

In September 2015 a new audience discovered Jodie when she appeared in the new BBC version of Lady Chatterley's Lover and also hit thriller Doctor Foster, where her character was one of the most important in the storyline.

She featured heavily in both series of Doctor Foster as Kate, the woman who Doctor Foster's (Suranne Jones) husband had left her for.

Her first starring role was in BBC3 drama Thirteen, about a woman escaping her kidnapper after being held prisoner for 13 years, a part she researched by reading the story of real life Austrian kidnap victim Natascha Kampusch.

Jodie appeared in historical drama The White Princess in 2017, as well as on the big screen as the character Christine in the Morrissey biopic England is Mine.

Who does she play in Killing Eve?

Jodie stars as lead character Villanelle, a cold-blooded, conscience-free killer for hire who is rewarded for her work with a lavish lifestyle and designer clothes.

When bored MI5 agent Eve Polastri (Sandra Oh) is called up to join MI6 as the head of a new secret team tracking assassins, the two women's paths cross and change each other's lives.

Villanelle finds herself the number one person of interest for the new spy department and her carefully-constructed life begins to unravel.

Killing Eve begins on Saturday, September 15 at 9.15pm on BBC One.

Never miss an episode with BT TV - watch the box set on the BBC iPlayer app.