Line of Duty: Who is H? Who is the fourth Caddy? All the fan theories

It’s the question on every Line of Duty viewer’s lips – just who is crime boss H?

They're among TV's most gripping mysteries: who shot J.R., who shot Phil Mitchell, and now, who is H?

The identity of Line of Duty’s top crime boss is fast going down in history as one of TV’s most burning questions, and following the end of series five, we now know that there are four Caddies.

But who is the elusive fourth corrupt officer? We’ve rounded up all of the suspects for your investigation…

Who are the four Caddies?

All this time we've been asking ourselves who H could be, we knew that genius screenwriter Jed Mercurio would have an unpredictable ace up his sleeve.

Of course, he did - H is not one person but four "Caddies", with three already identified and one still at large.

Way back in series one, we first realised that DI Matthew "Dot" Cottan was The Caddy although he continued his corruption for a while longer, even getting hired by AC-12.

Eventually, the team were onto him, but in a dramatic scene he texted "urgent exit required" to the OCG from a police interview room and was busted out by armed criminals - although in a final attack of conscience, he jumped into the line of fire to save DI Kate Fleming, getting himself killed.

Dot made a dying declaration in which he blinked on the letter H to signify who the crime boss was, but at the end of series five Arnott and Fleming realised he had also been tapping out the Morse Code signal for H - four dots, which they interpreted as four Caddies or corrupt officers.

AC-12 already know that ACC Derek Hilton was another of the Caddies, with his high-ranking corruption including spying on the department before he was killed off in series four by the OCG.

Series five saw legal counsel Gill Biggeloe unmasked as the third Caddy who had tried to frame Hastings as H.

Biggeloe even attempted her own "urgent exit required" message, which failed miserably, and she is now apparently living under a different identity after offering the police information on the OCG.

But who is the fourth and final Caddy making up a complete H?

It’s the horrifying possibility that no one wants to be true – could it be AC-12 gaffer, Ted Hastings?

The idea that the show’s moral compass could be the most corrupt officer of the lot has shaken us to our core, but unfortunately, at the moment all fingers seem to point to Hastings being a bent copper.

Let’s look at the evidence…

Hastings is up to his eyeballs in debt, so much so that his wife has left him because a bad investment burned through their savings. The organised crime group (OCG) at the heart of the show is known to draw in officers with money problems.

But could that be a reason against Hastings’ guilt? We saw him appear to be bribed by former detective Mark Moffatt (see below) in series five, suggesting he couldn’t be top dog H – unless it was actually payment.

Hastings' connection to undercover officer John Corbett got dodgier by the episode, especially when a link to his slightly less squeaky clean days serving in Belfast was discovered.

In the final scene, Hastings was shown appearing to take the missing £50,000 to Corbett's widow, but was he motivated by more than just guilt over Corbett's ruined childhood?

Viewers also clocked an undeniably odd spelling mistake that kept cropping up in the computer messages H used to communicate with the OCG’s Lisa McQueen, as did AC-3.

One message included the spelling error “definately” and in the next episode, when Hastings took over a computer chat being staged by the cyber crime unit who were posing as H, he made the same mistake again.

Suspicions were heightened further by H's message to Lisa that read “I need you to bring this to a close”, which baffled Corbett who was later murdered by the OCG for being a rat.

We saw Hastings visit OCG member Lee Banks in prison, and cryptically told him he had something to say that Banks would be glad to have been told – what was it? There were no witnesses and Banks has refused to talk to police about the meeting.

Even before series five, there was some suggestion that Hastings was dodgy when ACC Hilton, who accused him of being H, was conveniently found dead shortly afterwards.

At the beginning of series five, Hastings was quick to pass off Hilton as H and his death as suicide, but when a corrupt officer was brought in for questioning to identify which senior officers had recruited her, Hastings looked decidedly uneasy.

It’s difficult to see how the gaffer can explain away all of this, but Line of Duty just wouldn’t be the same without him.

This one might be the most far-fetched theory yet, but in writer Jed Mercurio’s world of police corruption, anyone is a possible suspect.

DI Fleming appears to be unfailingly loyal to AC-12 and has a close working relationship with DS Steve Arnott, who is just about the only character not to be under suspicion.

But Fleming has risen through the ranks to a senior position ahead of her closest colleague, has the ear of Hastings, and is skilled at digging out information on the sly as a former undercover officer.

There’s a tiny possibility that Fleming could be corrupt, but we don’t really buy it. 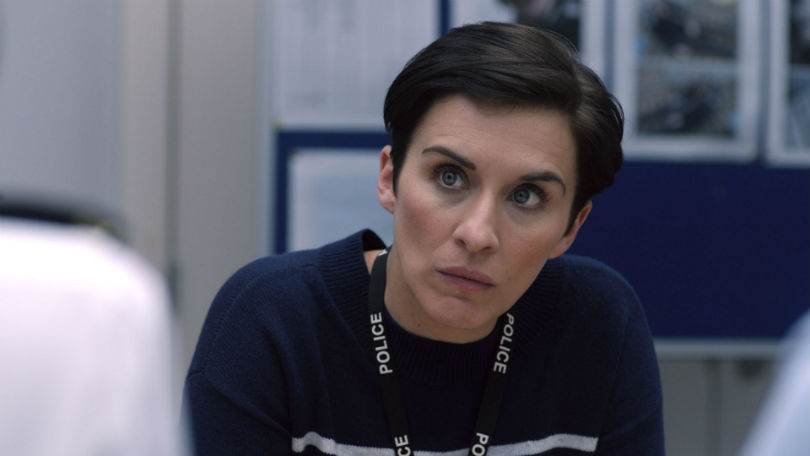 Line of Duty loves to bring back characters from previous series, and in the most recent one we’ve seen rather a lot of former DCI Mark Moffatt.

We first met him in series four when he acted as dodgy Roz Huntley’s Police Federation rep in her AC-12 grillings, but he has since retired.

Moffatt resurfaced in the massively coincidental role of working for the group that has taken over the failed development Hastings lost all his money on, and said he was looking to reimburse any investors.

By the end of series five he'd been arrested for trying to bribe Hastings, making him more likely to be simply a cog in a wider machine of police corruption.

Fans will know that there are no meaningless scenes in Line of Duty, so when Hastings looked uneasy at being invited to a meeting with DCC Wise that police and crime commissioner Rohan Sindwhani was present at, it rang alarm bells.

Sindwhani seemed very keen to throw Hastings and AC-12 off the scent of rooting out top level corruption in the force, claiming it would cause bad PR, but is that the whole reason?

Especially when you've got your best team on the case. #LineOfDuty pic.twitter.com/whVdC4vDWg

He also insisted on his legal counsel Gill Biggeloe keeping a close eye on things and we later discovered that he'd put her in charge of selecting Corbett for Operation Peartree - but did he know the influential lies she was telling Corbett about Hastings?

Wielding significant political influence in the city and the force, it’s entirely possible that Sindwhani could be pulling all of the strings and he certainly looked suspicious in the closing scenes of series five.

Currently sitting in the top role we’ve seen on screen is the deputy chief constable, the second-highest ranking person in the force (although of course she still has a boss who could be H).

She’s keeping close tabs on Hastings and AC-12, and like the PCC is reluctant for them to expose too much wrongdoing in her force.

However, she may well be bent but is a less likely suspect as she was being heavily leaned on by Sindwhani and his enforcer Gill.

It looks as though Sindwhani and Gill were giving Wise no room to move without them seeing what she is up to, so it’s unlikely that she is in control. 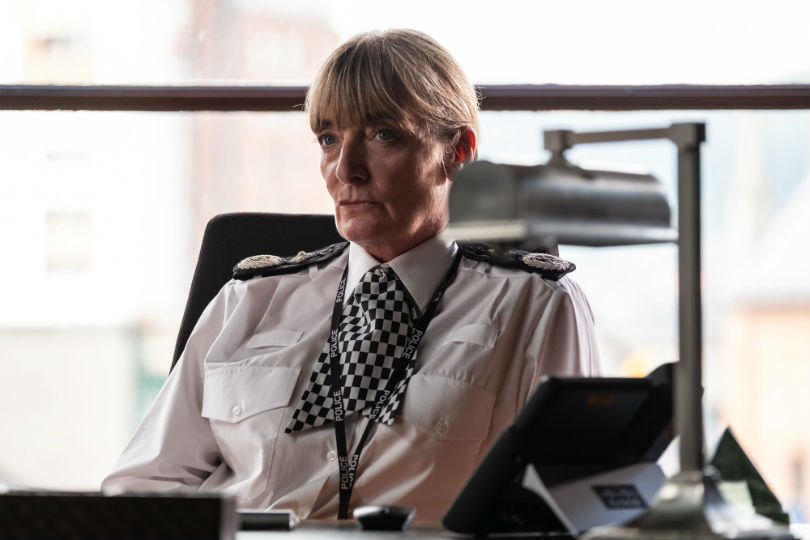 Senior corruption detective Chamberlain starred in the final two episodes of series five, and her late casting announcement midway through the series suggested she will be a key character who could change everything.

As suspicions mount over Hastings’ behaviour and his bosses put pressure on him to leave the OCG undercover investigation alone, they bring in Chamberlain to investigate corruption in AC-12.

Carmichael seemed hell bent on getting Hastings nicked even after Biggeloe's corruption had been exposed and she also had a corrupt officer in her own team, who tried to kill off Biggeloe before she got a chance to give evidence.

And is it possible she even has an undercover officer of her own in AC-12 (PC Tatleen Sohota has been looking particularly suspicious)?

However, there's also a strong chance that Chamberlain, who Hastings complained had been promoted too quickly, is simply after his job.

Being such a high-ranking corruption specialist, Chamberlain would be ideally placed to be running the entire racket – or, of course, she could be one of the good guys and about to bring down the whole corrupt ring.

Never miss an episode of Line of Duty with BT TV – catch up via the BBC iPlayer app.