MasterChef: When is it back? Who are the judges? What time is it on?

All you need to know about the kitchen dramas ahead as John and Gregg inspire more talented amateur cooks to roast, bake and fry their way to the big prize.

Cooking doesn’t get tougher than this – MasterChef is returning for series 15, and the standard is higher than ever.

It may be billed as a contest for amateur cooks, but most of the show’s contestants can rustle up better grub than most of us will eat in our usual restaurant haunts.

[Read more: 5 amazing cooking apps you need in your life]

Here’s all you need to know about the new series, including when it’s on TV and who will be judging it.

When is MasterChef back on TV?

The 15th series of BBC One’s cook-off is launching on BBC One for a 24-episode run.

It will begin airing on Monday, February 11 at 9pm, with further episodes on Wednesdays and Fridays.

Who is judging it this time?

Rest assured that your favourite kitchen duo will be back at the tasting table as John Torode and Gregg Wallace grill another batch of cooks on their culinary skills.

The pair have hosted and judged the show since 2005, when the show was rebooted from the original 90s contest fronted by Loyd Grossman. 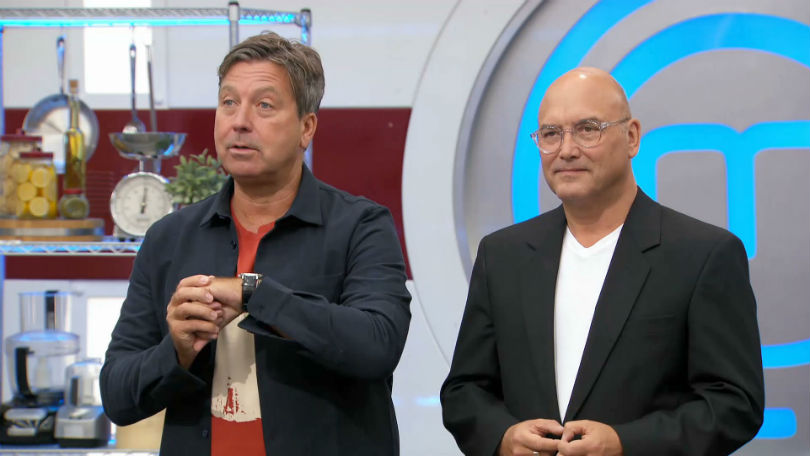 John is an Australian celebrity chef who’s opted for life in the UK and whose restaurants include well-known London eatery Smith’s of Smithfield.

Co-star Gregg is a Londoner who began his career as a greengrocer before moving into broadcast work and investing in restaurants.

Of course, they'll be assisted along the way by a series of celebrity chefs and past contestants, with a round of the first heat guest-judged by 2018's final three.

How does the competition work?

In the heats, we’ll see seven cooks take to the kitchen in the hope of impressing John and Gregg with their flavour combinations.

Each Monday and Wednesday evening, the group will be whittled down with the worst cooks voted out until the remaining contenders go head-to-head for the Friday evening quarter final.

After the heats and quarter finals are completed, the contestants become one group who take on a series of culinary challenges with at least one person sent home each week.

The final generally is fought between the top three cooks, who must prepare a three-course meal showcasing their style and what they’ve learned in the competition to take home the title, trophy, and hopefully, a new career.

If challenges follow the same format as previous years, we’re expecting them to include contestants choosing ingredients from a selected choice for the invention test, cooking their best dishes for a range of former champions, chefs and restaurant critics, and tasting a dish prepared by John to see whether their palate is refined enough to recognise all of the ingredients.

[Read more: 9 tips for getting rid of cooking smells]

The show also usually goes on location to a number of different professional kitchens in some of London’s best restaurants where the cooks must work a real service with paying customers.

It traditionally takes a trip abroad in the later episodes, when the final five cooks have a chance to master the cuisine and techniques of a different country.

MasterChef series 15 begins on Monday, February 11 at 9pm on BBC One.