Four Weddings and a Funeral sequel: All you need to know about One Red Nose Day and a Wedding

We’re catching up with Charles, Carrie, Duck Face and other stars of the hit rom-com in a charity special set 25 years after the original.

Red Nose Day Actually - a special sequel of Love Actually aired as part of Comic Relief 2017, proved such a hit that this year, the fundraiser will include an update to another of Richard Curtis’ beloved films - Four Weddings and a Funeral.

It's been 25 years since we traced Charles and Carrie's unlikely romance through the five titular events, so its high time it got the sequel treatment – here’s all you need to know about it.

When will One Red Nose Day and a Wedding be on TV?

It will be shown on Friday, March 15 on BBC One as part of the fundraiser, which kicks off at 7pm.

The short film will premiere exclusively tonight as a one off special during Red Nose Day.

Richard Curtis, who wrote the original film and is the co-founder of Red Nose Day, has written the short especially for the 2019 edition of Red Nose Day.

"I am delighted to finally be able to reveal that Lily James and Alicia Vikander will appear as our very special guests," said Curtis.

"I can't wait for audiences to tune in and discover what's happening to our characters and their families 25 years on..."

Are you excited yet?

Behind the scenes on set

The first pictures of the cast shooting the special and reuniting for the first time in 25 years have been released. Check out the highlights below. 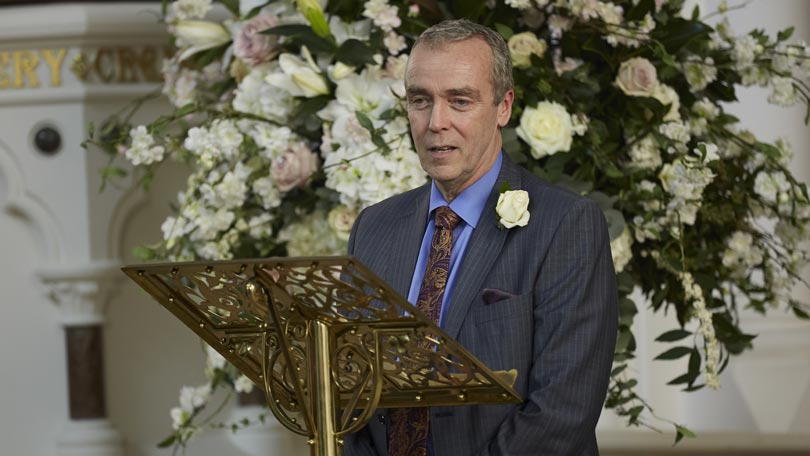 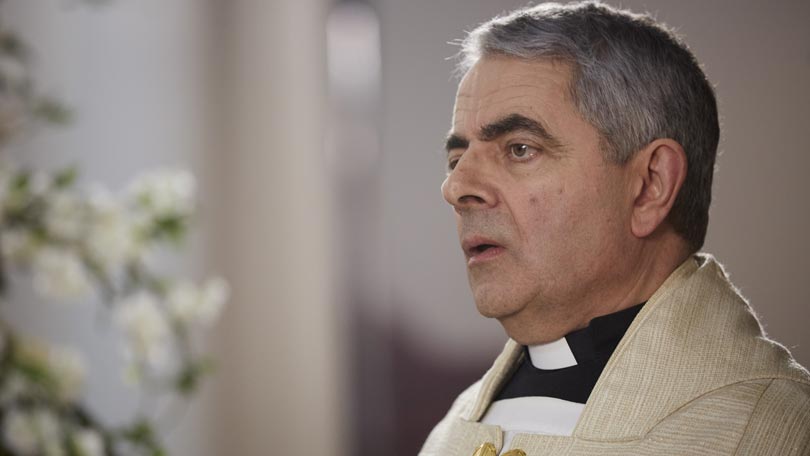 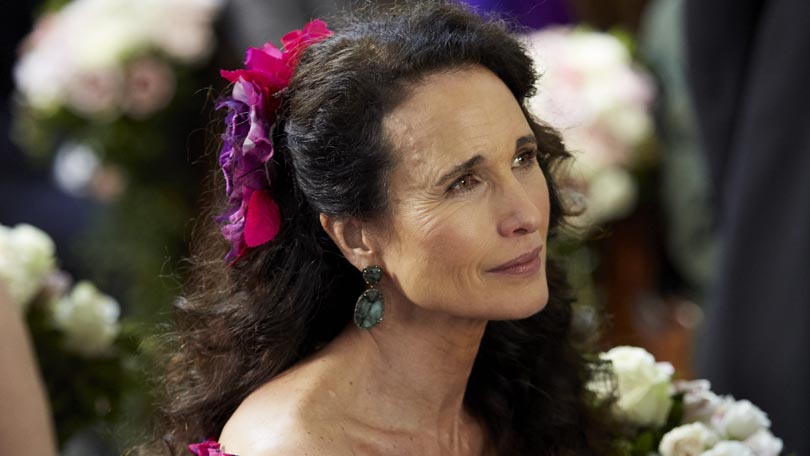 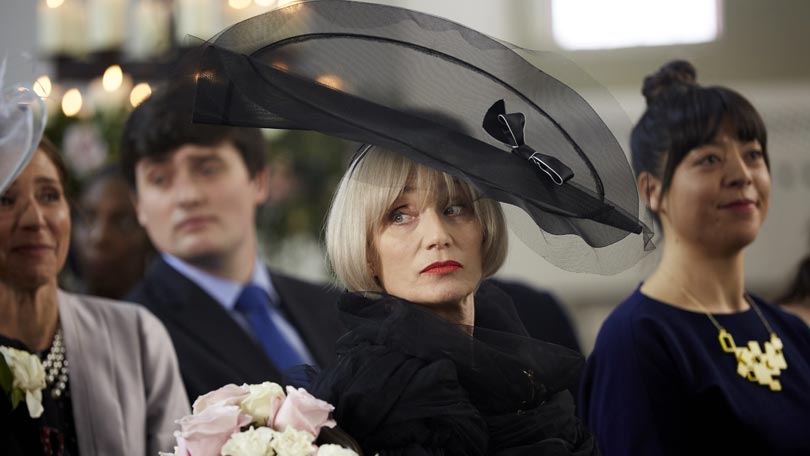 What happens in it?

Red Nose Day founder Richard Curtis is renowned for his contribution to the world of British rom-coms, so it's only natural that his most popular films should make an appearance at the biennial fundraiser.

On the last Red Nose Day in 2017, fans were delighted to see an extended sketch which caught up with some favourite characters from the film Love Actually.

This time, Curtis is going for gold again by revisiting his first big rom-com movie hit, Four Weddings and a Funeral.

So far, the details of the short sequel are being kept tightly under wraps, but we’re sure it will be hilarious, romantic, and a must see.

Curtis gave a few pointers when he appeared as a guest on Saturday Kitchen in February, saying: "I think there'll be three laughs and two tears."

The original film came out 25 years ago. We filmed the sequelet in December. Here is the first official photo. And it's on BBC1 on March 15th for @comicrelief - it's really lovely. I'm so happy with it. Hope it does its job! #1RNDandawedding pic.twitter.com/cei6sGB8eQ

Explaining more about why he decided to revisit the film, he said: "It's 25 years since the film came out, and I was never going to follow it up. And then it did just ocur to us that the characters in the movie would have children, so they might be back in the wedding phase again.

"Without revealing too much, we have another wedding and a reception after the wedding, and all the characters came back."

We’re expecting some short teaser trailers nearer the time, so keep checking back for more details on what to expect.

It’s been 25 years since we left Charles and Carrie standing in the rain, promising not to marry each other and to stay not married for the rest of their lives – but could they have finally changed their minds?

Hugh Grant and Andie MacDowell will be back as leads Charles and Carrie, joined by many of the stars from the original film. 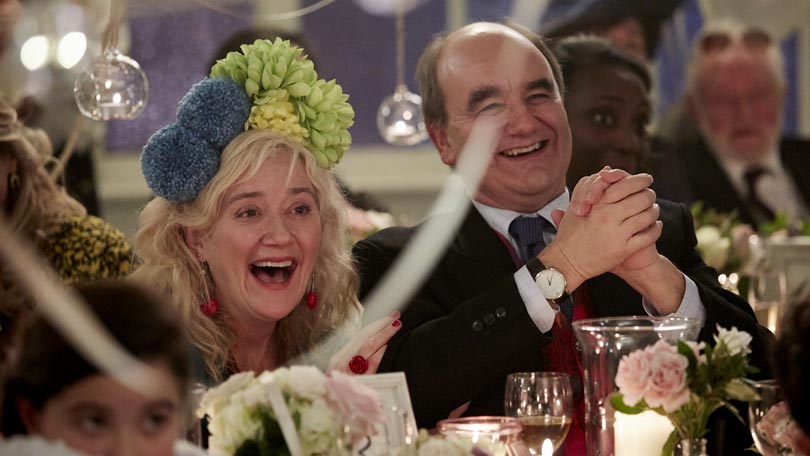 Other stars making a return include John Hannah as Matthew, Sophie Thompson as Lydia, and David Haig as her husband Bernard.

Timothy Walker and Sara Crowe are back as the first wedding’s couple Hamish and Laura, David Bower is Charles’ brother David, Robin McCaffrey is his girlfriend Selena, Rupert Vansittart reprises his role as boorish George who tried his luck with Carrie at wedding one, and Simon Kunz is John, whose wife’s infidelity was accidentally admitted to him by Charles.

Another notable absence will be Simon Callow, as his character Gareth was the subject of the funeral in the original film.

Watch out for some special guest stars being announced as part of the cast nearer to the air date, too.

Expect special treats from the likes of Alan Partridge, Freddie Flintoff, the cast of BBC Three's Famalam, Mamma Mia, Bodyguard, One Red Nose Day and a Wedding and much, much more.

Viewers will also be treated to exclusive performances from the cast of Only Fools And Horses The Musical and Magic Mike Live.

There will be a special Comic Relief sketch from the cast of BBC Three’s Famalam and a number of spectacular live music performances. Plus, the cast of Mischief Theatre will perform a live magic trick - what could possibly go wrong?

Expect the unexpected as more surprises and special guests are yet to be revealed for what promises to be the most unpredictable night of TV tomfoolery of the year. Plus throughout the night there will be a look at how Comic Relief makes a huge difference to those living unimaginably tough lives in the UK and across the world’s poorest communities, and how money raised this Red Nose Day will help to change the lives of many more.

Look out for One Red Nose Day and a Wedding on Friday, March 15 on BBC One.

Make sure you don't miss any of Comic Relief with BT TV – catch up via the BBC iPlayer app.