Our Girl: Michelle Keegan reveals the secrets from set of the BBC One war drama

Michelle Keegan is counting her lucky stars that she's back on the battlefield as Our Girl army medic, Georgie Lane.

Keegan spent six years playing the feisty character before deciding to bow out and tackle other projects. 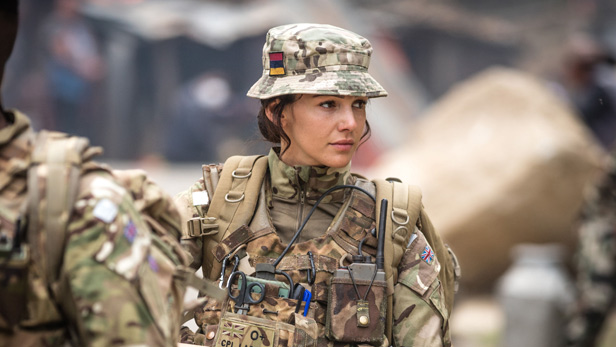 And even though her latest project is a long way from the cobbles of Weatherfield, she's definitely got a type - of character that is - because she's back playing a feisty female lead.

The actress is back for the third series of BBC One drama Our Girl, which sees her playing army medic Lance Corporal Georgie Lane - and she's not shy to reveal there is a part of playing an army medic that she gets really nervous about.

"I always get an injury when I jump out the truck," she says.

"Although they don't look high on camera, jumping out of them they look really high! So I get really nervous jumping out the truck, and when you do it really fast-paced as well." 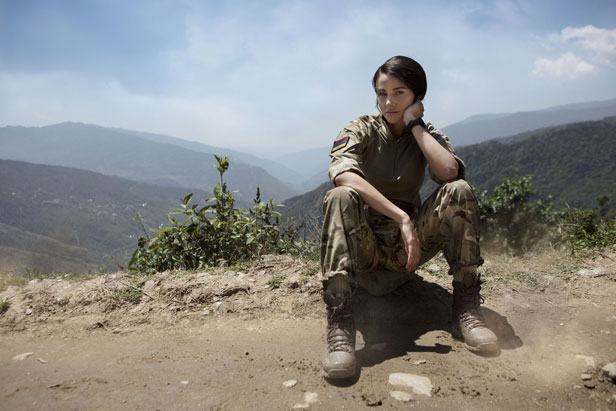 The action aside, though, there's another gap she's had to bridge - being away from her husband, former reality star Mark Wright, while filming.

The 30-year-old spent eight months shooting away from home in some seriously exotic locations, In fact, on the day we chat on the telephone, she's in Malaysia, where filming saw her wandering through a picturesque river in the jungle.

"We were like, 'this is amazing, we're doing this for a job'," the actress recalls. "It was a pinch myself moment. Sometimes I'm very lucky."

Wright recently moved to Hollywood to be one of the hosts of American news programme Extra TV.

[Peaky Blinders season 4: Everything we know so far]

"At the minute we're finding the time difference really hard," she confides. "When I get in from work, he's getting up and when he's going to bed, I'm getting up."

Luckily technology is at hand and the couple Facetime as much as possible she says, adding: "Everyone else says absence makes the heart grow stronger, and it is nice to miss someone." 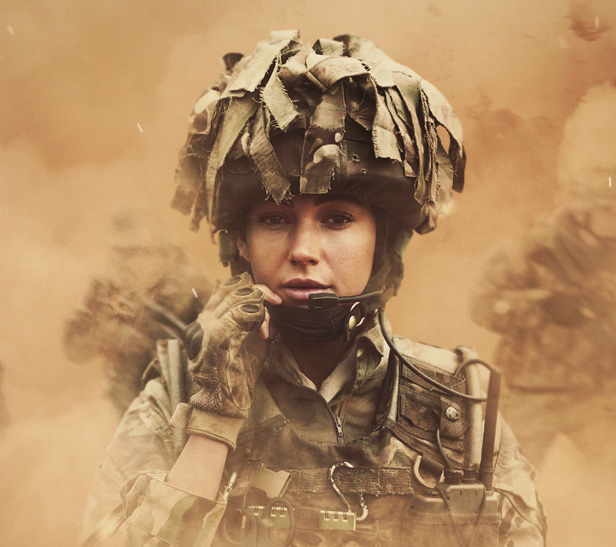 Not that she'd have too much free time on her hands though, it sounds like returning to the hugely popular TV drama has been action-packed for the former soap star.

"It's been a lot more physically demanding than the first one (series) definitely," she adds.

"There are a lot more stunts involved, more army based scenes and a lot more running which I'm not very good at! I've had to learn how to run like I'm in the army - nightmare!"

In the first episode, viewers get a glimpse of Georgie while she is on a mission in Syria, before cutting back to her being at home doing normal everyday stuff. 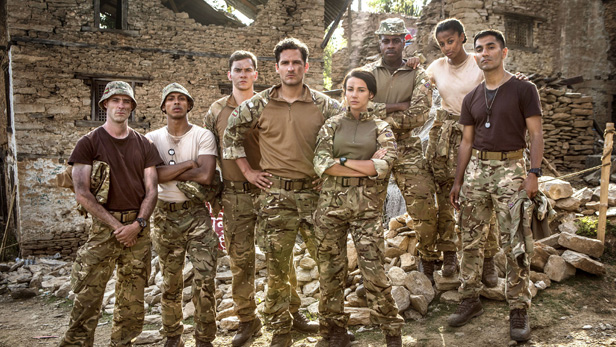 "And then she gets a phone call from Captain James (played by Ben Aldridge) asking her to go to Nepal," Keegan says.

"There's been an earthquake over there, and she goes over to help villages, and look after the people and the children."

The third installment of Our Girl will be split up into three individual missions, rather than being one whole series.

So what does Keegan think of this change-up?

When asked about how Georgie now feels about Luke Pasqualino's character, Elvis Harte (spoiler alert: he broke her heart last series), Keegan replies: "We join Georgie and Elvis in Episode 1 in Syria and they left things on an even keel. They are work colleagues but there is still love there.

"Georgie still believes they can't be together, but Elvis still tries his luck a couple of times. Obviously Elvis is a ladies man, but she does find out a few things she doesn't like.

"She tries to be professional, but deep down I think she's genuinely hurt."

Keegan took over the lead role in Our Girl from another well-known soap star Lacey Turner, who played army medic Molly Dawes, and it's definitely given her the chance to really show her acting colours. Part of which is learning all of that medical jargon.

"Obviously, we had medical advisers on set with us the whole time," Keegan explains.

"But it's trying to know your lines, speak your lines at the same time as doing something medical and bringing emotion or drama to the scene; I really struggled with that last time."

The actress seems more settled in the show now it's her second series. 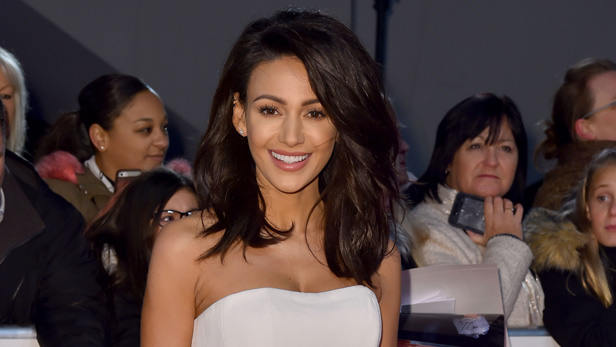 While Keegan sounds like she's embraced the challenges of filming Our Girl, she has, of course, missed a few things about home.

"I missed Love Island this year, I couldn't watch it in South Africa, so I missed the big hype from that," Keegan cries, sounding genuinely gutted.

"I'm with a group on WhatsApp with my best friends and literally every night they talked about Love Island, I had to mute them I was so jealous!"

Our Girl is back on BBC One on Tuesday, October 10 at 9pm on BBC One.

Never miss an episode with BT TV - catch up with the BBC iPlayer app.