The Strictly Come Dancing class of 2019 will go down in history for plenty of reasons – here are a few of the most memorable.

Strictly Come Dancing 2019 might not have got off to a promising start, with fans complaining about one of the least starry line-ups ever and one contestant ruled out through injury before the show even began.

But once again, BBC’s celebrity dance contest has proved us all wrong and the celebrities, professionals and presenters have given us a triumphant 17th series that’s been completely unmissable.

[Read more: All the latest Strictly gossip and news]

Here are some of the biggest moments from the season.

For the first time ever, a celebrity had to pull out of the competition before a series had even begun, and even worse, it was one of the more highly-anticipated contestants – Made in Chelsea’s Jamie Laing.

But what could have been a disaster for the programme turned out to be a triumph for everyone except poor Jamie, as his replacement Kelvin Fletcher immediately marked himself out as one of the top dancers of the series.

NEWS!: We are pleased to announce that actor Kelvin Fletcher will be joining #Strictly 2019, replacing Jamie Laing on the show. 🎉@kelvin_fletcher 👉https://t.co/bPWJ388b36 pic.twitter.com/evrGYNBd0d

His partnership with Oti Mabuse has seen them excel at pretty much every dance, but especially the Latin numbers, and head judge Shirley Ballas has regularly had to fan herself after watching him wiggle around the floor.

Kelvin is now the favourite to win the Glitterball Trophy – not bad for a series reserve.

Star quality proves itself on the dancefloor

There was a collective grumble when the line-up for 2019 was announced because fans felt it included fewer big names than any other year.

But once the contest got going we cared less about what people were famous for, and more about whether or not they could dance. 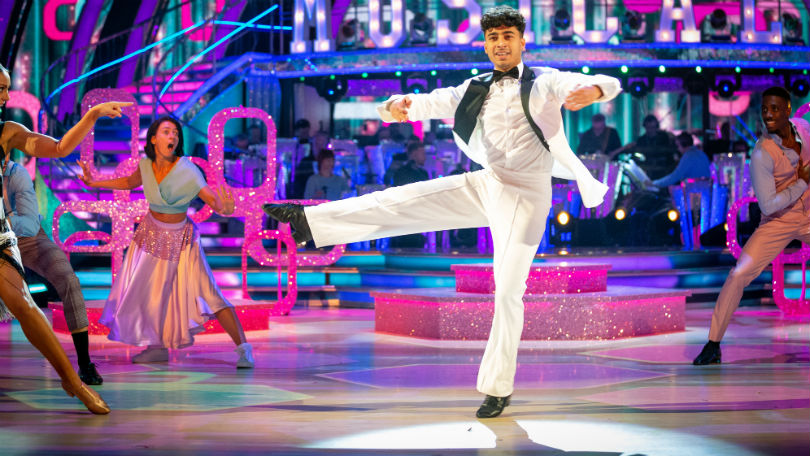 It turned out to be a strong year, with some outstanding celebrity dancers, including Karim Zeroual - who bagged the first 40 points of the series - Kelvin Fletcher, Emma Barton and Saffron Barker.

The quality was so high that it meant we lost some good contenders in early rounds, notably Dev Griffin and Catherine Tyldesley.

Even Mike Bushell, touted as the joke contestant, hit the 30s before he was finally voted out.

Strictly fans were in pieces when Dame Darcey Bussell announced that she was leaving the show after seven years on the judging panel.

However they needn’t have worried as her replacement, Motsi Mabuse, has been a huge hit this series. 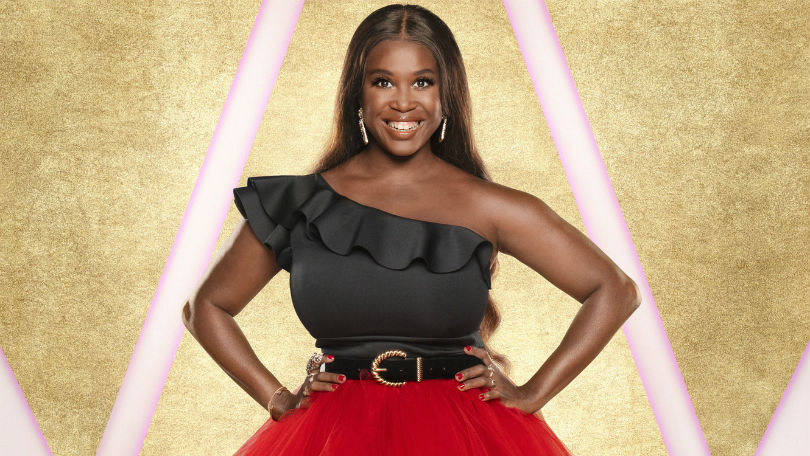 Pro dancer Oti’s older sister has spent years judging the German version of Dancing with the Stars and has also had a successful career as a professional dancer, so she provides the technical commentary the show needs.

But what viewers really love is her energy and enthusiasm, whether she’s cheering on the celebrities or offering constructive criticism – like telling Chris Ramsey his face was great but his body looked like it had gone on holiday.

Dancing on Ice may have pipped Strictly to the post in finally introducing a same-sex couple to the line-up when it returns in January, but the BBC show proved it was also willing to make changes with a much-celebrated routine this series.

Professional dancers Johannes Radebe and Graziano Di Prima performed a beautiful duet together while Emeli Sande sang during a results show, a spot often reserved for romantic routines between two of the professionals.

Our friendship is difficult to explain, we went through so many moments together that we can understand each other without saying a WORD.. As I say to you most of the time: You will be part of my life FOREVER... love you @johannesradebe Graz ❤️ @bbcstrictly

The dance brought many viewers to tears, and Graziano paid tribute to their friendship afterwards with a heartfelt Instagram post afterwards telling Johannes they would be a part of each other’s lives forever.

Whether Strictly will introduce a same-sex pairing in 2020 remains to be seen.

We fully expected to see Michelle Visage and her partner Giovanni Pernice in the final of Strictly, which made her decision to go for a controversial vogue routine even more impressive.

During Blackpool week, Michelle performed her Couple’s Choice dance and opted to go for the dance style which meant so much to her from her younger days in New York City.

In a tearful interview before the dance, she explained how the LGBTQ community had accepted her by welcoming her into ball culture and voguing, dedicating her spectacle of armography to her greatest supporters.

She knew it was a risky move, and unfortunately it didn’t pay off as many viewers (and some of the judges) didn’t seem to quite get the significance of voguing as a dance style, instead complaining about a lack of content.

[Read more: What are the Strictly winners doing now?]

There was also a high-profile Twitter spat with ex-Strictly pro James Jordan, who waded into the controversy and accused her of seeking attention.

The vogue routine might have seen her voted out, but it was a landmark moment for Strictly and Michelle still had her head held high as she maintained: “I’ve learned in this life you must take big risks in order to affect change”.

Anton du Beke finally gets a 10

Can you believe that Anton du Beke is the only pro dancer to have taken part in all 17 series of Strictly, and yet he’d never scored a 10 - until this year?

The show’s star didn’t even try to contain his excitement when he was paired with Emma Barton this year, as he usually gets to wrangle whichever celebrity is likely to be voted out first.

"Now I know how Kevin Clifton feels" Anton Du Beke just got his first 10s on #Strictly EVER! pic.twitter.com/OzIp3zF1c7

Anton rose above his past experiences with the likes of Ann Widdecombe, Judy Murray and Susannah Constantine to head straight to the late rounds of the series with Emma on his arm.

But for once, the pro was more excited than the celebrity when two 10 paddles were produced for their American Smooth – the first time he had ever got a perfect score from any judge.

Dropping to the floor with emotion, he shouted out: “Seventeen series. You don’t understand. This is how Kevin Clifton feels.”

She had a shaky start to the competition, but Alex Scott improved so much she made it all the way to the quarter final, helped in no small part by her unflappable handling of a last-minute partner change.

Alex already had a good match with Neil Jones, the first time the pro had been given a celebrity partner, but disaster struck when he injured his leg just 45 minutes before the live Halloween show.

Reigning champion Kevin Clifton valiantly stepped in, but had no time to learn the Ghostbusters-themed routine and was completely reliant on Alex shouting out instructions, while managing a near-perfect performance herself.

Judges and viewers were suitably impressed, and by the time Neil returned a couple of weeks later, her confidence was at an all-time high.

Anton loves a good joke on Strictly, but he found himself the unwitting butt of one during movie week thanks to an uncannily realistic Austin Powers costume.

Deadpan judge Craig Revel Horwood told him: “I was slightly distracted by the wig and the fake teeth you have in.”

But as host Tess Daly fell about laughing, Anton icily replied: “They’re not fake by the way, they’re all my own, dear.”

For perhaps the first time in the history of the show, Craig’s controlled demeanour totally cracked as he cried with laughter at his mistake.

Strictly Come Dancing’s final airs on Saturday, December 14 at 7.05pm on BBC One.