The Bay: Where is the ITV police thriller filmed?

Discover the atmospheric setting of the gripping mystery drama, and how the location of the show makes for an ideal backdrop for the series.

Thrilling drama The Bay features a stunning location that’s as much as part of the story as any of its characters.

Coastal town Morecambe offers sprawling skies, windswept beaches and sea views that perfectly reflect the tale of a family desperately searching for their missing teenage twins and the family liaison officer who finds herself with more than a professional link to the case.

[Read more: The Bay - Meet the cast and characters]

[Read more: Secrets from the set of The Bay with Morven Christie]

Here’s all you need to know about filming in Morecambe, including the challenges and the triumphs.

Where is The Bay set and filmed?

Police drama The Bay is both set and filmed in the Lancashire coastal town of Morecambe.

It follows a family liaison officer assigned to help in the case of teenage twins who have gone missing – but whose disappearance ends up having a very personal link to her own life. 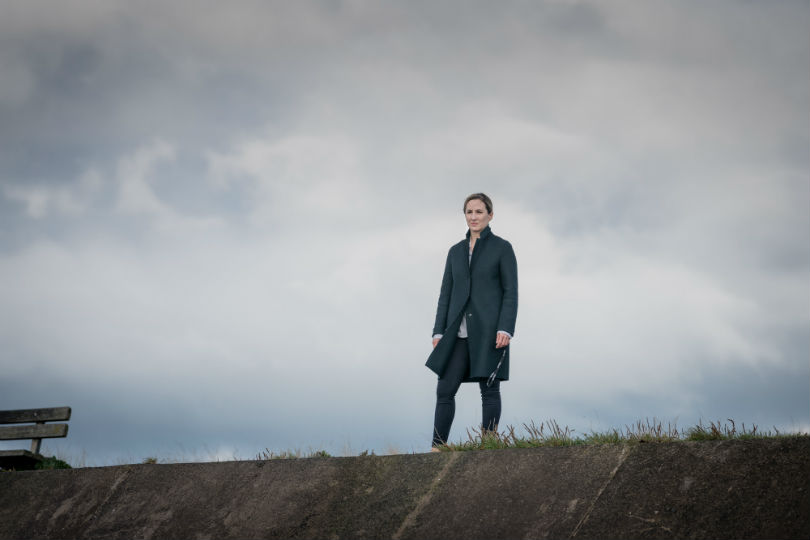 Executive producer Catherine Oldfield said: “No one’s ever set a drama there and it is an exceptionally beautiful place. When (writer Daragh Carville) said it was set in Morecambe, which he can see out of his writing room on the top of a hill in Lancashire, where he lives, it was a no brainer. There was no point looking anywhere else. Morecambe was it.”

Carville explained that he was keen to put his home town on the map.

“A couple of years ago I came across a post doing the rounds on social media," he said.

"It was a map of the UK made up of TV shows. London was dense with show titles; Glasgow had Taggart, Liverpool had Brookside, Manchester had tons of things. The whole country was covered in drama and comedy except this corner that I happened to live in around the bay.”

Putting Morecambe on the map 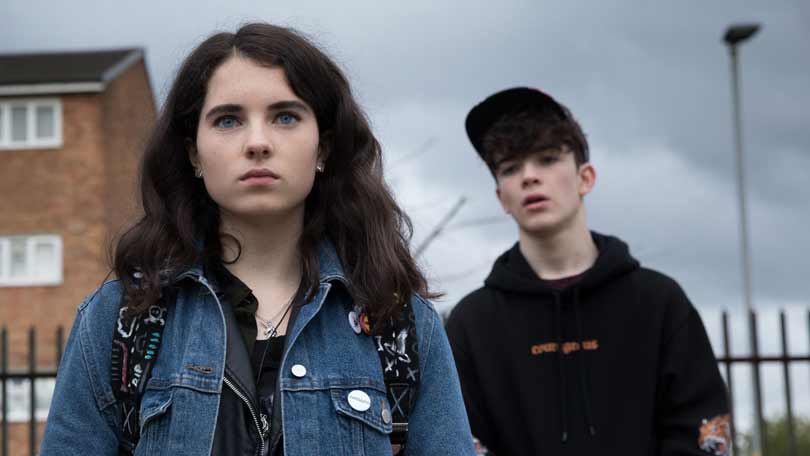 Carville raised his family in Lancaster and believes its time Morecambe got more recognition..

"When our kids were young we’d bring them to Morecambe and it was a place that I always liked,” he told the Radio Times.

"It's a really interesting mix of things, because on the one hand it’s very striking, it’s beautiful, it’s got extraordinary views out across the bay towards the Lake District. But it’s also got that very distinctive British or Irish seaside town quality, because as with many seaside places, it has slightly lost its raison d’être.

"You can still see traces of it. There are still these magnificent buildings like the Winter Gardens and the Midland Hotel, so it’s still got this sense of slightly faded grandeur."

Speaking about why it is perfect for The Bay, he added: "I suppose the combination of it being a beautiful place, but also a place that has had its struggles - there’s something about Morecambe, it’s literally on the edge of the country, but there’s also a metaphorical edge to it as well."

What will viewers love about the setting?

The subject matter may be traumatic, but the setting of the series is beautiful and will give viewers some respite from the tragedy playing out.

“The landscapes there are absolutely stunning," said writer Daragh Carville.

"It’s one of the things that instantly strikes you, the vistas out across the bay with the hills of the Lake District in the distance, but also the beautiful Edwardian architecture of the promenade itself, in Morecambe. It’s a very beautiful place, and it has the most stunning sunsets I’ve ever seen.

“We’ve captured a lot of the beauty of the place, while at the same time telling a gritty and sometimes dark, story.” 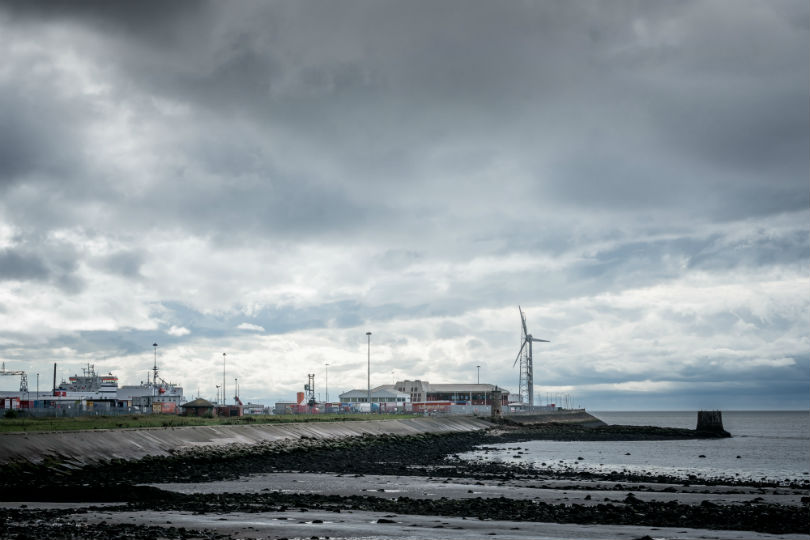 “Morecambe is a unique backdrop and I hope audiences get how much soul the town has,” she said.

Lindsey Coulson, who plays Lisa’s mum Penny, added: “Morecambe is a sort of a film set on its own. It’s this incredible backdrop with amazing sunsets and water that goes out for miles.”

Their co-star Chanel Cresswell, who plays Jess Meredith, the mum of the missing teens, said that she had fallen in love with the location.

“Morecambe has an airy realism to it from the very colours of the town to the sea and beach," she said.

"There’s a scale to the sky and sea that feels unique to Morecambe. When the tide goes out it retreats so far out but then creeps back in so quickly that before you know it the water is back in upon you.

“It was that sort of backdrop that has a thriller like feel to it that seemed perfect for The Bay. It’s a wonderful, incredibly patriotic place and quite unearthly. It’s an amazing place.”

What does Morecambe add to the story?

Everyone involved in making The Bay agreed that setting it in the coastal town had a huge bearing on the story, and was important for the themes they wanted to show.

Producer Catherine Oldfield said: “The key thing for me is I wanted the scale of Morecambe. It’s a huge landscape, and I wanted our characters to feel very much embedded in that landscape, and to make it feel authentic. Morecambe is a very beautiful place and there is real pride in the community; we wanted to reflect that.”

Although writer Daragh Carville loves his adopted home, he admitted its social issues were as important a part of the setting as its beautiful scenery. 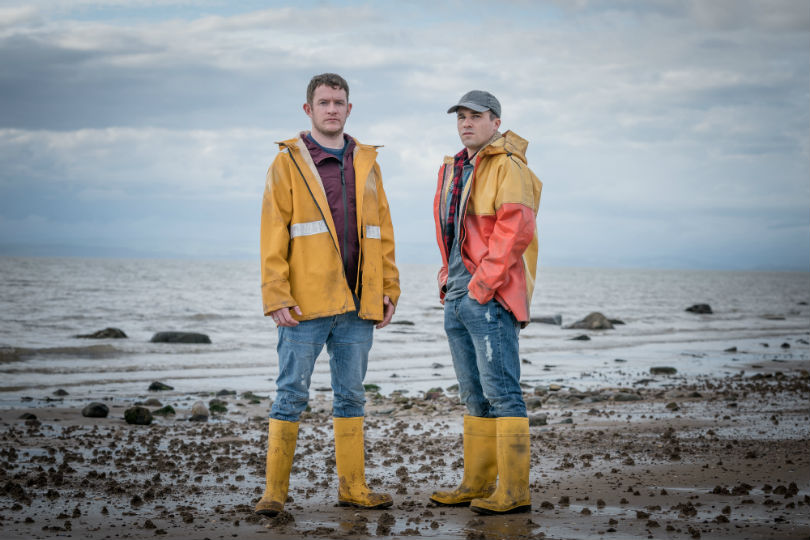 “It’s an interesting place and it’s beautiful but it’s also a place with problems. It’s somewhere that’s suffered a great deal from austerity," he said.

Morven Christie agreed: “It’s this place that most people have heard about more because of the immigrant cockle pickers who drowned in 2004.

“I talked with a lot of the local community who had plenty to tell me about the council mergers which resulted in money pouring out of Morecambe into neighbouring counties.

“It's really important to set primetime drama stories in these towns because that is the reality of the country that we're living in. There is a massive divide between people doing well and people who are not.”

Daniel Ryan, who plays Lisa’s boss DI Manning, added: “There’s a sense of faded glory of a once prosperous town. When you pull back from the pretty seafront and you get into the lanes and the backstreets you realise it’s a town that, like lots of coastal towns around the country, has a kind of seedy underbelly.

“I think that sort of conflicts between its beautiful view and a terrible crime and the two work well together.”

Carville also explained how the coast acted as a metaphor for what was going on in the investigation.

“There is a danger in the tide as well and it all ties in. It’s so alluring and gorgeous to look at but then it shifts," he said.

“Morecambe Bay is famous for its shifting tides and dangerous quicksands and what’s beneath the surface The Bay is not just the title of the show; it’s thematically and in every sense the heart of the show. And also, it has its metaphorical depths, about what’s happening under the surface.”

Which other filming locations will we see?

Of course, the entire drama can’t take place outside, and director Lee Haven Jones shared the look he had been aiming for with the indoor sets.

“One of the main spaces we spend time in is the police station and we’ve opted for a slightly retro look for that," he said.

"I wanted to emulate some of the detective series that we have seen before with a nod to northern noir.

“The Meredith home is a confined space, cramped and almost claustropobic. It’s a cobbled together environment that is stuffed full of possessions that you sense the family have inherited over the decades.

“The Armstrong house is different again with more light, taste and space. You sense there is more disposable income here but despite having four people living there it feels slightly empty.”

What were the challenges of filming in Morecambe?

Despite its beauty and inspiring backdrops, there were plenty of stumbling blocks the crew hit during filming in Morecambe – most notably, the weather and filming on fishing boats.

Producer Catherine Oldfield admitted: “You’ve always got to factor in the weather and in Morecambe Bay the weather changes very quickly.

“We also learnt some valuable lessons like filming on a boat is very difficult and very complicated. That was a lesson learnt and we won’t be doing anything else on a boat for a while.” 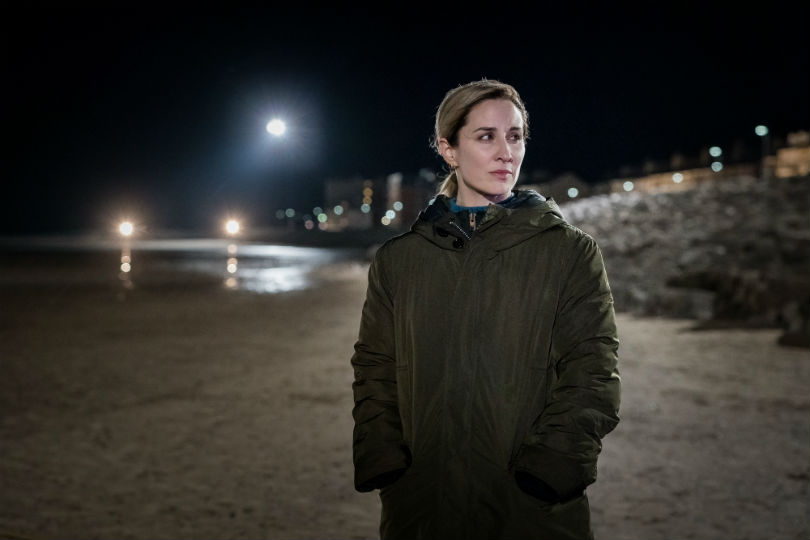 Talking about the problems of fitting an entire film crew on a boat, she added: “We had to do crafty things where we shot a lot of the boat from a drone and we had properly trained trawler men dressed in the costumes, which, from the air, you can’t tell.”

Director Lee Haven Jones also shared the difficulties of a night shoot on the beach: “The sands in Morecambe Bay are treacherous with the water disappearing very quickly and it comes back in just as quickly.

“There’s a night scene on the sands in Morecambe and we had to check the tide times and work with the RNLI to ensure that the tide wasn’t going to come in sweep us all away and, of course, that night… as it happened, we had wind of about 25 to 30 miles per hour, we had rain sporadically so, yes, it’s a real challenge to kind of work in that environment.”

A confession to Lisa shines a possible new light on Dylan’s killer. Abbie has a terrifying experience with some local junkies and Rob’s escalating actions begin to impact on his family. Med starts to suspect Lisa is hiding something from him and begins to make his own investigations.

The Bay airs Wednesdays at 9pm on ITV.