The soap’s longest-serving star has had some scripts to remember.

In a soap known for its high turnover of cast, one man has stood the test of time – Mr Hollyoaks himself, Tony Hutchinson.

Nick Pickard has played the village stalwart since the programme debuted in 1995 and is the only actor to have remained on screen throughout its run.

After managing to avoid the higher-than-average rates of serial killers, disasters and accidents plaguing the Hollyoaks residents, Tony is set to get his own episode, showcasing a day in his life. We look back over some of the biggest events to befall him over the years.

If there’s one thing that entrepreneur Tony has had more of than new business ventures, it’s whirlwind romances.

The would-be Romeo’s time in the soap has been characterised by his relationships with some of its most famous leading ladies – all of which seem doomed to end in disaster.

At the beginning of Hollyoaks, Tony started out engaged to Julie Matthews (Julie Buckfield) who jilted him, setting the pattern for many of his future relationships. He had a short-lived fling with Tessie Thompson (Sian Foulkes) which became significant years later when their secret son Harry returned to the village. 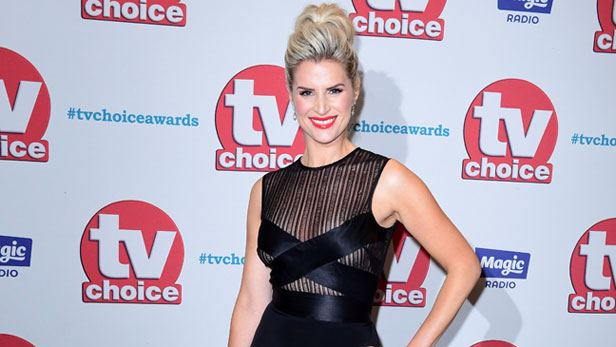 Tony then steadily worked his way through characters including Ruth Osborne (Terri Dwyer), Izzy Cornwell (Elize du Toit) who he also got engaged to, and Helen Cunningham (Kathryn George).

Next, he began one of his most significant love stories by getting together with Mandy Richardson (Sarah Jayne Dunn). The couple dropped in and out of each others’ lives over the following years, facing everything from cheating to the loss of their children during their marriage.

Moving on to a new love again, Tony got together with Jacqui McQueen (Claire Cooper), a favourite pairing with fans of the show. As with his other romantic endeavours, this one was not to be as it could not survive infertility and Tony’s one night stand with Jacqui’s sister Mercedes (Jennifer Metcalfe). He also ended up in hot water shortly after they split by having sex with Theresa McQueen (Jorgie Porter), who he had not realised was Jacqui’s cousin and 15 years old.

Tony’s second marriage was to Cindy Cunningham (Stephanie Waring) but started on shaky ground when she admitted that she had been planning to scam him. Later, her affair with another villager was revealed at their wedding. The couple managed to draw out their marriage for a while longer, but it inevitably came to an end.

Never one for a quiet life, Tony didn’t stay single for long as he got Diane O’Connor (Alex Fletcher) pregnant with twins. Despite him going back to ex Cindy, cheating on her with her stepdaughter Sinead (Stephanie Davis) and Diane going through with their wedding just to secure half of his money, the marriage is surprisingly harmonious.

Desperate to be a dad, poor old Tony has had an unlucky time even in soap terms when it comes to parenthood.

His series of unfortunate events began with early fling Tessie pretending to be pregnant, and was closely followed by Ruth having a miscarriage after leaving the village. 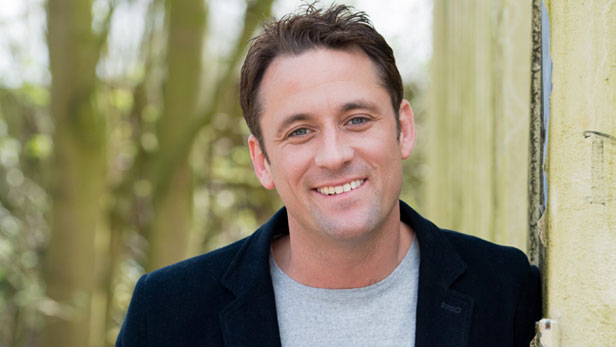 Mandy and Tony had a particularly heartbreaking time – Mandy had a miscarriage near the start of their relationship and went on to have daughter Grace, who died of SIDS. Their relationship never recovered from the tragic loss.

His next romance with Jacqui was plagued by problems trying to conceive. Jacqui became pregnant but miscarried, and then the pair were told that they could not adopt because of her criminal record. Tony managed to get her sister Mercedes pregnant in a drunken one night stand, who had an abortion. Another McQueen sister, Tina, agreed to be their surrogate but ended up pregnant with someone else’s child who she refused to give up.

Meanwhile, Tessie made a shock return to a Hollyoaks party and revealed that she had lied about not being pregnant all those years ago. She then introduced Tony’s son, Harry.

It looked as though there was a happy ending for Tony when he welcomed twins Anthony and Dee Dee with Diane, but they later discovered that Dee Dee had been accidentally swapped with another character’s baby at birth. 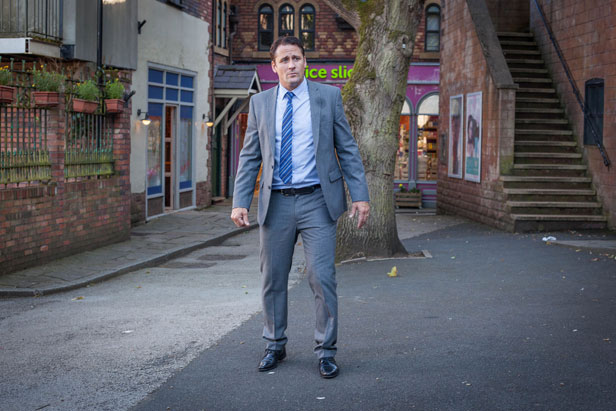 Health crisis hit Tony during the early days of his relationship with Diane when he was diagnosed with testicular cancer.

Tony tried his hardest to keep the diagnosis a secret, but eventually had to share it with his nearest and dearest.

Unfortunately, his diagnosis also coincided with Diane’s twin pregnancy. But it ended in happy news when Tony took a call on the day that the twins were born telling him that he was officially free of cancer.

Tony had previously suffered a bizarre health issue when he was with Cindy – a car crash left him temporarily blinded, but his sight conveniently returned at the moment that Cindy was kissing another man, exposing their affair.

Father to a murderer

Harry’s (Parry Glasspool) reappearance in Tony’s life has not exactly been the dream father-and-son relationship the restauranteur had hoped for.

They originally fell out over Tony’s affair with Sinead and things turned even sourer when Tony disapproved of his son’s relationship with then-married Ste Hay (Kieron Richardson). 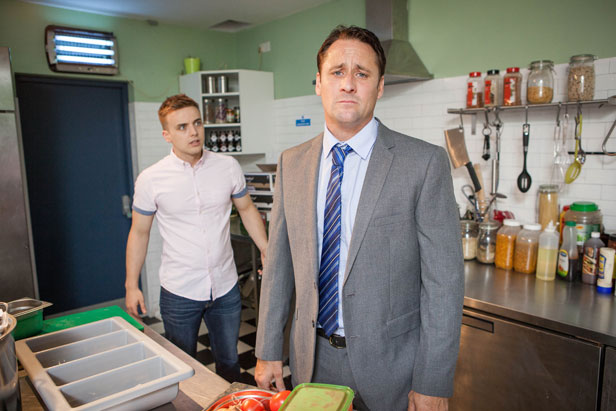 Harry and Ste’s romance ultimately lead up to the current Hollyoaks drama, where Tony’s son is believed to be the killer of the mother of Ste’s children Amy Barnes (Ashley Slanina-Davies).

Who killed Amy has been the question on every fan’s lips this year and Harry seemed to have finally admitted his guilt when he revealed that Amy had hit her head during an argument at her flat and he had left her there, believing her to still be alive.

However, viewers now know that a mystery murderer let themselves into the flat and was actually the one to kill Amy, who really was alive when Harry abandoned her.

In a special episode featuring a day in Tony’s life, he will be seen discovering that his son believes he has killed Amy. The father and son get into a bitter row about Tony’s lack of involvement in Harry’s childhood and he ends up throwing Harry out of their home, disgusted that he could let someone die.

But a flashback is set to reveal who the real killer was at the end of the episode. When the truth eventually comes out, will Tony and Harry ever be able to repair their relationship?

Tony’s Hollyoaks special airs on Monday, October 9 at 7pm on E4 and again on Tuesday, October 10 at 6.30pm on Channel 4.