War of the Worlds: When is it airing on BBC? Who is in the cast? Where is it filmed? Everything you need to know

Get ready for the first UK TV adaptation of the classic HG Wells tale.

It’s incredible to think that of the many screen adaptations of HG Wells' War of the Worlds, none of them has ever been made by a British cast in the original Edwardian setting.

Now, BBC One is addressing that oversight with a new series of the classic take that stays faithful to the original story.

Find out all you need to know about their forthcoming version of the novel War of the Worlds.

Updated - War of the Worlds trailer gets air date 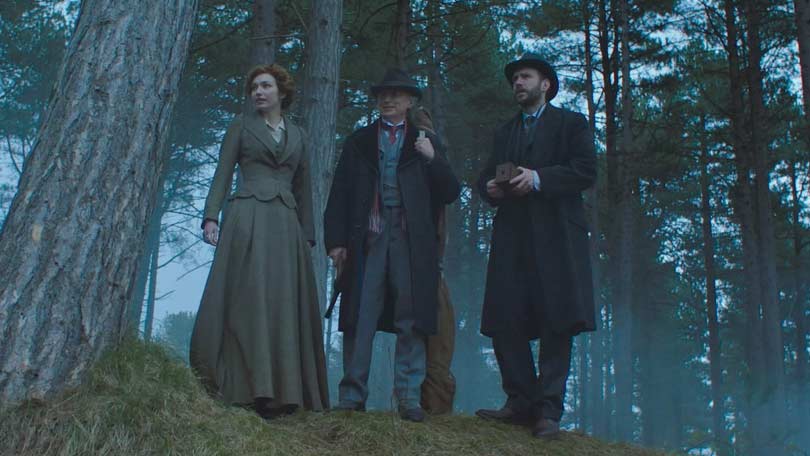 The BBC aired the first War Of The Worlds trailer at 9pm on Sunday 29th September.

It was revealed between this week's episode of Antiques Roadshow and the premiere episode of new BBC One drama World on Fire.

War of the Worlds is the original alien invasion story. Staring Eleanor Tomlinson, Rafe Spall and Robert Carlyle, this tense and thrilling drama follows a young couple’s race for survival against escalating terror of an alien enemy beyond their comprehension.

Watch the trailer below:

When is War of the Worlds on TV? 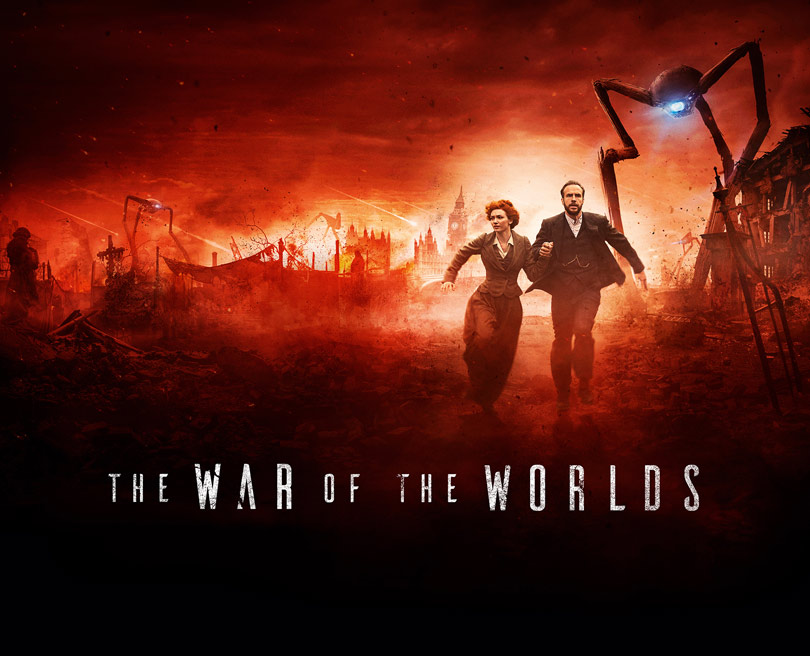 The BBC and producers Mammoth Screen has finally revealed the premiere date.

The War Of The Worlds adaptation will start on Sunday, November 17th at 9pm.

The broadcaster announced previously: "The War Of The Worlds, the H.G. Wells classic sci-fi adaptation by Peter Harness, directed by Craig Viveiros and starring Eleanor Tomlinson, Rafe Spall, Robert Carlyle and Rupert Graves will be arriving this autumn on BBC One."

The War of the Worlds is directed by award-winning director Craig Viveiros (And Then There Were None, Rillington Place) and produced by Betsan Morris Evans, (NW, The City And The City). 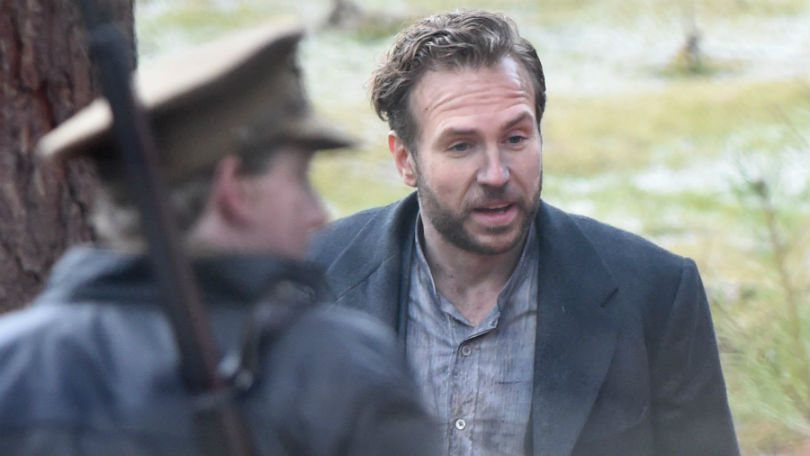 HG Wells’ sci-fi masterpiece was one of the first-ever novels to feature an alien invasion when it was published as a serial in 1897.

In Edwardian England, disaster is looming as news of an imminent alien invasion reaches Earth.

One couple in Surrey are desperately trying to flee the Martians who have arrived in the sleepy area where they live, but are cut off at every point of escape.

Can the pair manage to stay together and safe from alien danger, and how will they survive in the new world under Martian rule?

As the story unfolds, they must contend with prickly, spreading vegetation, a lack of food and shelter, and a terrifying foe that they cannot begin to comprehend.

The press release for the series reads:

"Set in Edwardian England, this new adaptation of H.G. Wells' seminal tale - the first alien invasion story in literature - follows George (Rafe Spall) and his partner Amy (Eleanor Tomlinson) as they attempt to defy society and start a life together.  Rupert Graves is Frederick, George's elder brother, and Robert Carlyle plays Ogilvy, an astronomer and scientist. The War of the Worlds tells their story as they face the escalating terror of an alien invasion, fighting for their lives against an enemy beyond their comprehension."

Who is starring in it? 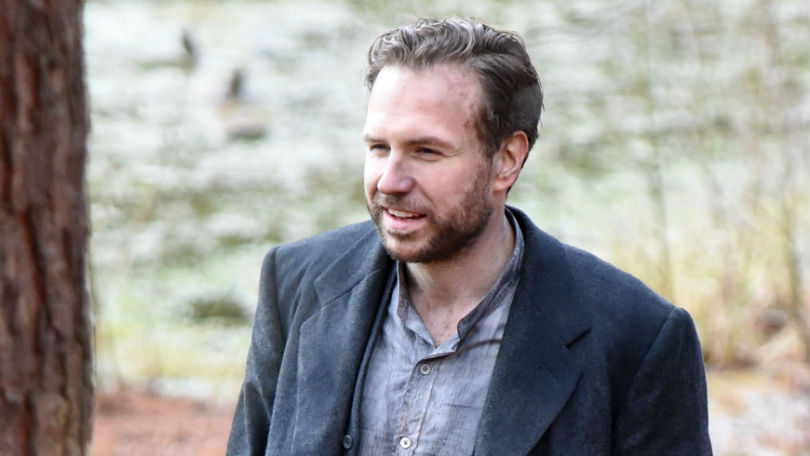 The original story didn’t name its narrator, but in this BBC version he is called George and is played by Rafe Spall, star of Jurassic World: Fallen Kingdom and The Big Short.

Rafe said: “I am thrilled to be a part of bringing this much loved story to the small screen. I couldn’t be in better company with (director) Craig Viveiros, (screenwriter) Peter Harness, all at Mammoth Screen and of course, the very talented Eleanor Tomlinson.” 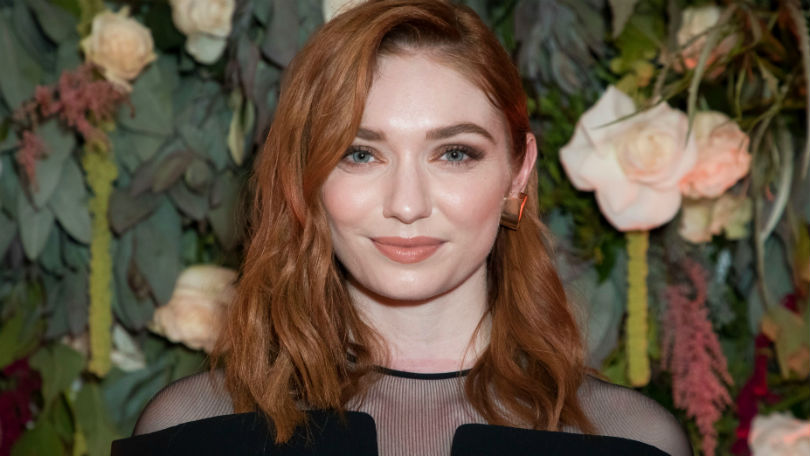 She said: “I’m delighted to be taking on the Martians with Rafe Spall in Mammoth Screen’s adaptation of The War Of The Worlds. I’ve been a fan of Craig Viveiros’ work for a while, so creating this world with him at the helm is very exciting.”

Where is it set and filmed? 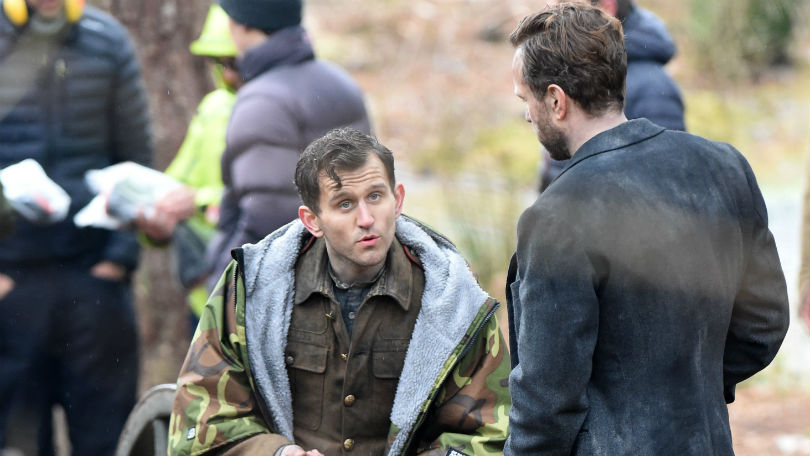 This series will stay true to the original book by being set in London and Surrey.

However, filming took place in Liverpool, beginning in April 2018, which is supposed to represent the southern setting.

Director Craig Viveiros said: “HG Wells' seminal novel has been adapted for the screen many times but it's always had a contemporary (and American) setting. This is the first version to be set in London and the Home Counties during the Edwardian period.

“Peter's [Harness, screenwriter] scripts manage to honour the source material with great skill, but we aim to provide a thoroughly modern thrill ride for the audience, delivering an alien invasion story that will shock and awe audiences across the globe.”

Have there been other adaptations of the story?

BBC One’s version might be the first British TV series of the novel, but there have been many other famous adaptations.

In 1938, the tale was made into a radio broadcast that was narrated by Orson Welles and remains the most famous retelling. Much of the book was read out in the style of a news broadcast, prompting panic and then outrage when listeners realised that the alien invasion was not really happening.

The 1980s saw an American-Canadian TV series of the same name that ran as a sequel to the original and was set in the US.

Seven film versions of either War of the Worlds or inspired by the story have been made, including a 2005 Steven Spielberg adaptation starring Tom Cruise and set in the modern-day US.

Viewers may also be familiar with Jeff Wayne's musical version of the novel. The success of Wayne's 1978 album led to a series of live shows that featured the voices of Richard Burton and David Essex. A 40th anniversary tour currently under way is featuring Liam Neeson and Jason Donovan.

Were there problems with filming?

The martian invasion drama was announced two years ago and filming on the series was finished in summer 2018 - which meant that it was originally expected to air last Christmas.

Producers Mammoth Screen said that the delays were down to post-production problems in achieveing the CGI effects they desired.

Hopefully the problems were purely technical and it was all worth the wait.

The War Of The Worlds will start on Sunday, November 17th at 9pm.

Never miss an episode with BT TV – look out for it on the BBC iPlayer.