When does Informer air? Who is in the cast? Where is it filmed? Everything you need to know

Another round of tense police drama is coming to the BBC.

If you’re looking to fill the Bodyguard-shaped hole in your life, Informer could be just what you need.

BBC One’s new counter-terrorism thriller has all the elements of a must-watch series, with a gripping plot, top-notch cast, and a mysterious secret at its core.

Find out more about Informer with our guide to the programme.

When is Informer on TV?

There are six episodes of Informer to look forward to, due to begin airing on Tuesday, October 16 at 9pm on BBC One.

After the series has finished in the UK, it will go out in the US on Amazon Prime Video.

[Read more: What the critics said about the Bodyguard finale] 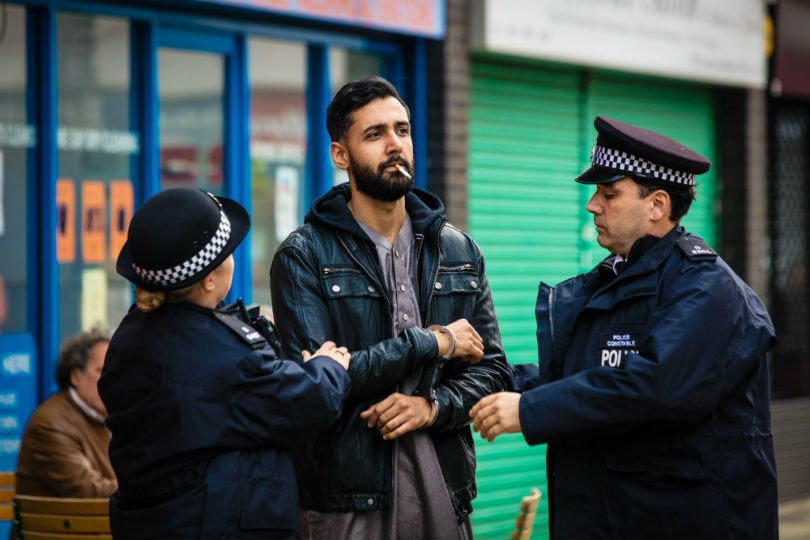 The BBC is mining the seam of counter-terrorism once more, this time focusing on a police informant – hence the show's title.

Raza Shar is a second-generation British-Pakistani raised in East London with a gift for being able to transform his persona in different environments.

At home, he’s a good son, but elsewhere he can, by turns, be a hipster, an intellectual or a hustler.

[Read more: The Cry - Who are the cast and characters?]

His ability to adapt to any situation makes him attractive to the Counter-Terrorism Special Unit, and when they discover he has a relative living illegally in the UK, he’s signed up as an informant.

The officer who has recruited Raza is DS Gabe Waters, a man similar to his new informant in many ways.

Gabe began his career working undercover in Yorkshire to try to infiltrate the far right movement, and learned as a young man that he had to create a new version of himself to survive. 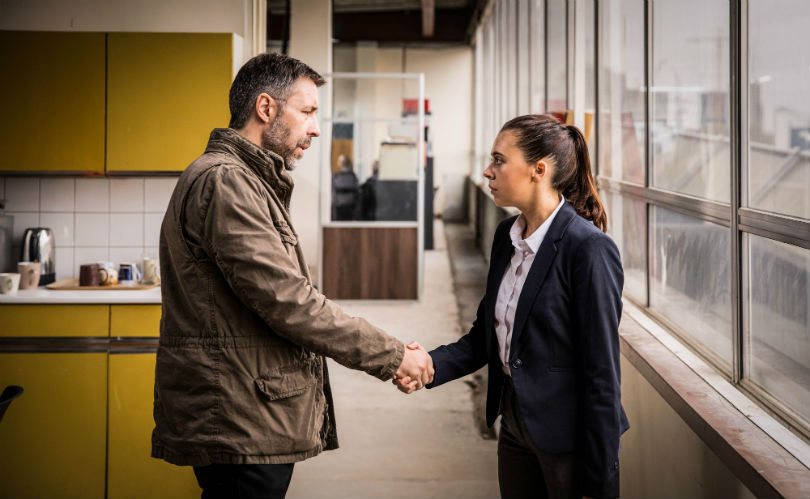 Now, Gabe is just as skilled at Raza at being multiple different sides of the same person according to the situation, but he’s struggling to see which of the versions is really him.

Assisting Gabe, and asking too many questions for his liking, is DC Holly Morten who is brilliant at her job but not quite as jaded as Gabe.

The plot follows Gabe as he desperately tries to keep his past a secret from Holly, who he feels is becoming a threat, and Raza finds his family’s personal life becoming political as a pawn in the counter-terrorism unit’s game. 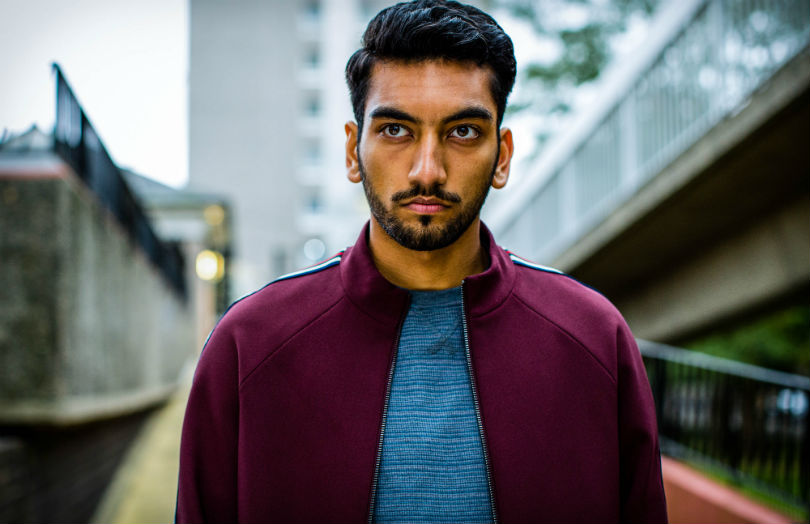 Nabhaan Rizwan stars as Raza, his first television role after beginning his career in theatre.

He said: “Informer is a thriller, but not in the way you would expect. There is a lot of humour in the script. Essentially the show is about this guy who is living an ordinary life, gets taken into custody and gets stuck in the system. 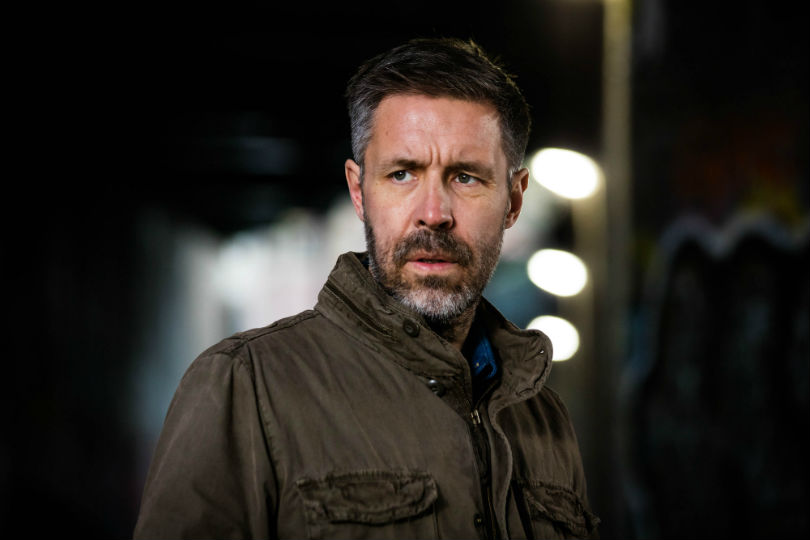 He appears alongside Paddy Considine as Gabe, who is known for his roles in The Suspicions of Mr Whicher, Child 44, The Bourne Ultimatum, Hot Fuzz, and Dead Man’s Shoes which he also wrote.

Paddy said: “There are certain rules about how to operate with informers; you can’t be friends because you have to be able to drop them at any moment. You can’t become intimate and you have to remember there is a professional relationship. But sometimes that can teeter into the personal.

“That starts to happen with Gabe and Raza. Gabe starts to respect and feel affection for this young kid when he sees how good he is at getting himself in and out of situations.” 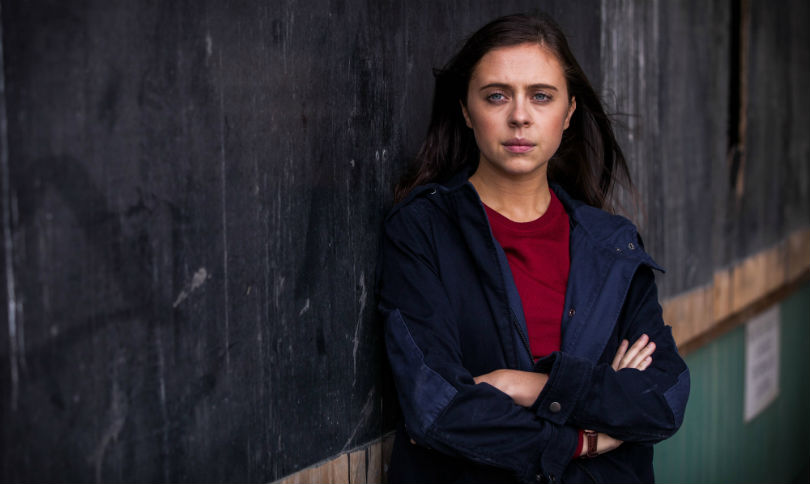 Gabe’s partner Holly is played by Bel Powley, who has previously been seen in Benidorm, A Royal Night Out, and Mary Shelley.

She said: “Informer tackles the subject of the ‘War on Terror’ from an angle that’s never been approached before. It’s often about heroes catching villains, but in this show there are no heroes or villains. Informer is about a diverse group of characters who are inextricably involved in this world.

[Read more: Where is The Cry filmed?]

“Gabe and Holly are there because it’s their job and they believe in protecting the society they are part of, whereas Raza finds himself involved and he’s got nothing to do with terrorism. Gabe and Holly put Raza into some awful situations and what happens to him is their fault.

“Holly and Gabe aren’t heroes by any stretch of the imagination but you understand why they do what they do.”

Where is Informer filmed? 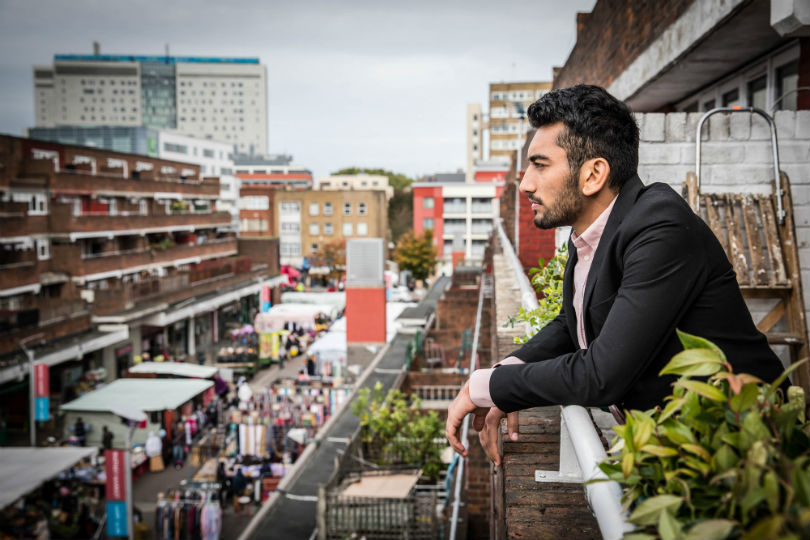 Apart from a couple of scenes that travelled further afield, such as a wedding that was shot in Orpington, Informer is a story about London that did all of its filming in the capital.

The programme’s crew explained that their aim was to show the real “Londoner’s London”, rather than the slick city that often appears on TV.

[Read more: What to watch on Amazon Prime Video this October]

Producer Julian Stevens said: “I wanted to see my city shown in a way that it often isn’t.

"Parts of East London and the fashionable areas are shown on television but the less sexy, less glamorous locations go unnoticed. It’s in those hidden corners and in the shadows that this story comes alive.

"There are all shades of life, joy and happiness happening in London and we had a chance to go into those places and tell a compelling story. London’s a unique city, it has people from all walks of life, all cultures, all races and I think this show does, too.

“I don’t think you could have set the story in another city. London is so rooted into this piece that trying to fake it would have been counterproductive and would have lessened what we’ve got.

"It’s a big city to get around, it’s congested and noisy and not cheap but our team rose to the challenge.”

He said that getting local residents on side first really paid off, not just in easing the production process but also in unearthing some authentic cast members.

“It helped that we had knowledge of the challenges that London can present. We filmed in quite dense housing areas where there are a lot of people who don’t want to be disturbed.

"We reached out to locals early on to try to and involve them. We sat down with residents from Thamesmead in South East London and listened to their concerns. They didn’t want to be taken for granted and wanted to be engaged in the process.

"We came out of that with some brilliant supporting artists and really friendly local residents who let us use their houses as holding and rest areas.”

Director Jonny Campbell added: “London is a very central character in this story and it has many faces. One of the things I’ve enjoyed about this process is falling in love with London again. I have been introduced to so many different areas, aspects and communities.

"There are so many thriving, vivid, vibrant and colourful places in the city which we have tried to reflect in the show. We have tried to show places that you would not usually see in television dramas.”

Informer begins on Tuesday, October 16 at 9pm on BBC One.