Meet some of the music industry professionals who make up the eclectic mix of judges on the BBC One singalong talent show.

Why have four TV talent show judges when you can have 100?

That’s the theory behind All Together Now, the BBC One singing contest which invites wannabe singers to perform in front of 100 music industry professionals in the hope of getting them up on their feet and singing along.

But who are The 100? Read on to find out more about some of the professionals the contestants will be looking to impress.

Of course, the most recognisable judge is Geri Horner, leader of The 100 and host of Altogether Now alongside comedian Rob Beckett.

The former Spice Girl has a wealth of experience to offer, both from her time as part of the world’s biggest girl group and from her days as a successful solo artist.

Geri has rubbed shoulders with some of the biggest names in the music industry – Robbie Williams is one of her exes, and the late George Michael was her best pal – so the acts will want to listen carefully to any advice she gives them.

She said: “It’s such a lovely thing to do - it’s warm, inviting and kind. All Together Now says it - it’s a fantastic way to unite people.

“I think fundamentally we like to feel part of something. When you sing with other people, if someone hits some high harmonies, say I’m in the middle, then someone goes on the bass, you suddenly get a beautiful blend, and everyone sounds better together.” 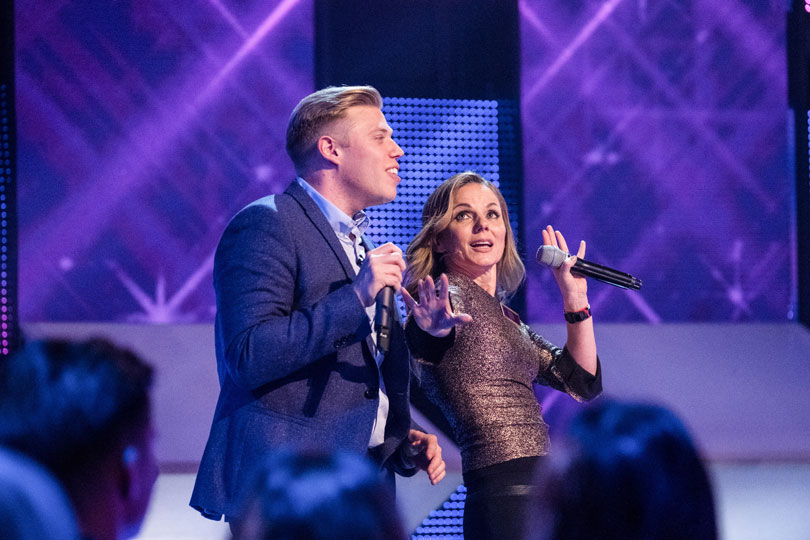 The Brit School teacher counts Ella Eyre amongst his former pupils and performs himself as a swing act and the head of choir The London Concert Chorus.

He said: “There are so many things I’m looking for in a good singer: range, tone, tuning, acting ability and how they really feel the song. Suddenly someone comes on stage and sings to you, the hairs on the back of the neck stand up and you just know.”

Soho drag act Lili goes by the name Magic Betty for her stage shows and has performed in Las Vegas.

Lili said: “What I’m looking for is an amazing talent. First of all it’s a singing competition so an amazing voice, then an out-of-the-ordinary voice because these days, it’s not enough to be good or very good, you have to be outstanding, you have to be exceptional.”

Choir director and club-night runner Mr Fabulous recently put on a show for the Prince's Trust at Buckingham Palace.

He said: “I always look for the best in vocals and performance and I’m not afraid to give constructive critique. I can be a bit strict! As a performer, people know I bring a performance to life with my personality and pizzazz.”

Wedding-singer duo and sisters Maria and Tracey call themselves Sisters in Song, and love to perform jazz numbers.

Tracey said: “I’m looking for the energy that they bring to the room and that’s not always upbeat energy. It is the person, it is the song choice, it is the connection you feel with them, regardless of how well they sing.” 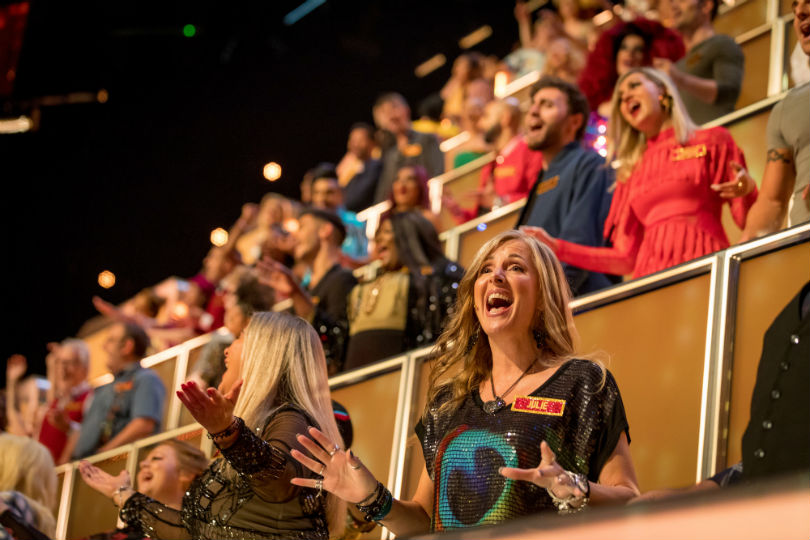 Cabaret host Paulus has performed all over the world and teaches his art form to others too.

He said: “I’m looking for somebody who can make me forget what my checklist is because they are so spontaneous or so excited or so passionate. And when I forget my checklist, that’s when I start reaching for my buzzer.”

Vocal coach Tina has plenty of ex-students who have become West End stars, but also loves to perform as a Tina Turner tribute act herself.

She said: “I want to see excitement and love for the song they are singing, coupled with emotion, confidence and passion. Music is life... good bad or indifferent. You remember good times and bad through music. It’s powerful.”

As one of the UK’s most successful drag artists, Divina runs her own cabaret bar in Manchester.

She said: “Having the bar means that I’m used to booking acts and knowing what an audience is looking for. If you can’t interest them you might as well leave!”

'Singing Dentist' Milad (pictured above with Rob Beckett) has racked up millions of views online of his song parodies, including his most popular – Gappy, a take on Pharrell Williams’ hit Happy.

He said: “I’ve been involved in music my whole life coming from a musical family and I’ve performed as a rapper, MC, dancer and DJ in front of thousands.

"More recently, millions have seen my exploits online with my parody dentistry songs and I know my performances are definitely memorable! And that’s what I want from the performers, something memorable!”

Classically-trained singer Nigel spends five nights a week as Henry VIII, performing songs such as Greensleeves and Pastime in Good Company at the London Medieval Banquet.

He said: “I want to see confidence and feel a sense of fun and joy from the competitors’ facial expression. I want good diction and equal tone to the voice. I want to be sung to, not sung at, so I don’t want to see or hear songs being over sung or forced. Every song is a story and I want to hear that story.”

YouTuber, online content creator and social media influencer Talia is an ex-Brit School student, so she may already know Georg.

She writes and produces all of her own music and her YouTube views count stands at 26 million.

He may only be 22, but Ben is already the musical director of a theatre company with many classic productions under his belt, and recently cast Chocolate Sundae from series one's 100 in a show.

The 100 isn't just open to individuals - RnB trio Carreira 3 are joining the panel for series two. Carreira 3 is made up of brothers Alfie-J, Jace and Brandi.

Carreira 3 have headlined six stadium tours in Russia, and have been the support act for Timbaland, Lemar, N-Dubz, Tinie Tempah, and Ne-Yo. 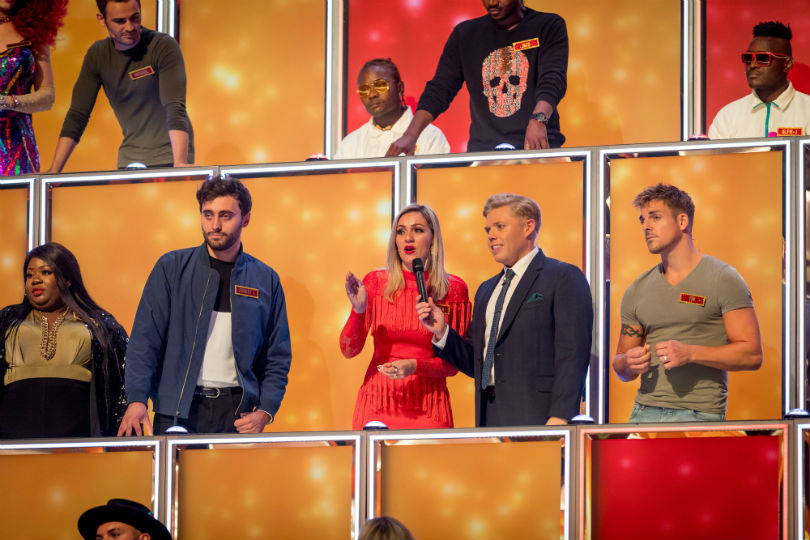 Another band of brothers on the panel is punk duo Bud and Aidan, who are singers, songwriters and guitar players in their band We Are One.

Like a punk version of Jedward, the identical twins also pursue careers in acting and modelling.

Backing vocalist Celestina found getting into singing at a young age helped her stand up to bullies, and she now has an enviable career as a backing singer and part of the London Community Gospel Choir.

She has performed all over the world, including at Glastonbury, and has worked with Madonna, Boyzone, Union J and Kylie.

Julie has had a 20-year career as a singer in cabaret shows, but she's also very successful as a vocal coach.

One of her most famous former pupils is Courtney Hadwin, the North-East teen who shot to fame after her gutsy performance on America's Got Talent.

Musical theatre performer Robert had a prestigious start at the London College of Music and as well as starring in stage shows he performs with two unusual singing groups.

The Barricade Boys perform songs from Les Miserables, while Her Country's Men is a wartime song group who pay tribute to servicemen and women. 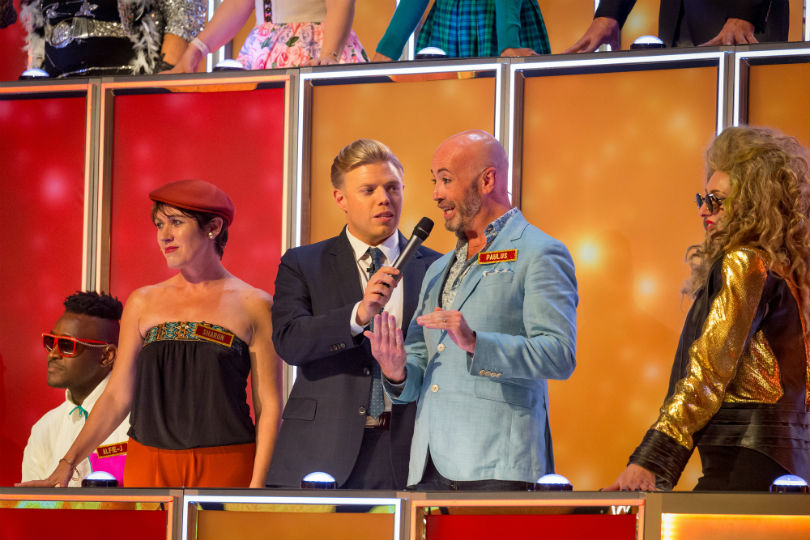 She may hail from South Wales, but Becky is a convincing Adele tribut act who even has the singer's London accent nailed.

Becky's background is eclectic - she is classically trained, started out working as a holiday entertainer and on cruise ships, and is a qualified music teacher.

Full-time Lady Gaga tribute act Donna could have her work cut out for her after the singer's recent Oscar-winning turn.

She won best female artist at the National Tribute Music Awards and has taken her show on the road as far afield as China and Indonesia.

All Together Now series 2 begins on Saturday, March 2 at 7.30pm on BBC One.

Never miss an episode with BT TV - catch up via the BBC iPlayer app.