Who is Adil Ray? All you need to know about the Citizen Khan and Ackley Bridge star

Best known as the creator of loud-mouthed patriarch Citizen Khan, Adil Ray has recently appeared in his first ‘serious role’ in C4’s Ackley Bridge and is soon to trace his family on Who Do You Think You Are. Here’s what you need to know about the actor and comedian.

Adil Ray may be more famous for his comedy alter-ego Citizen Khan but his Who Do You Think You Are? appearance will reveal a whole new side to the presenter, actor and comedian – including plenty of things he himself did not know about. So who is he?

Adil Ray was born in April 1974 in Yardley in Birmingham to a Pakistani father and Kenyan mother.

Educated at Handsworth Grammar School, as a youngster he was a promising cricketer but went on to study marketing at the University of Huddersfield, where he first got involved in radio presenting.

After working for numerous commercial stations, he hit the big time in 2002, landing his own show on BBC Asian Network, where he stayed for eight years.

As well as being a regular voice on network radio, Ray has appeared in a variety of television programmes on all four BBC networks, as a contributor and host, from Asian lifestyle programme Desi DNA to The One Show, but he is best known for his comic creation, self-appointed Asian community leader Citizen Khan.

Originally a character in Radio 4 spoof phone-in show Down the Line, Ray’s Citizen Khan was brought to life on BBC1 in August 2012.

So far there have been five series, with the show sharply diving opinion – some viewers finding it hilarious while others accusing it of ridiculing Muslim culture. In April 2016 the debate even reached the House of Commons, with MP Rupa Huq criticising its ‘backward’ portrayal of a Muslim family.

His other most high-profile acting role is his first serious part, as Sadiq Mawaz in Channel 4 school-based drama Ackley Bridge.

When he appeared on Celebrity Mastermind in 2014, his specialist subject was Fawlty Towers.

In 2016 Ray received an OBE for services to broadcasting. 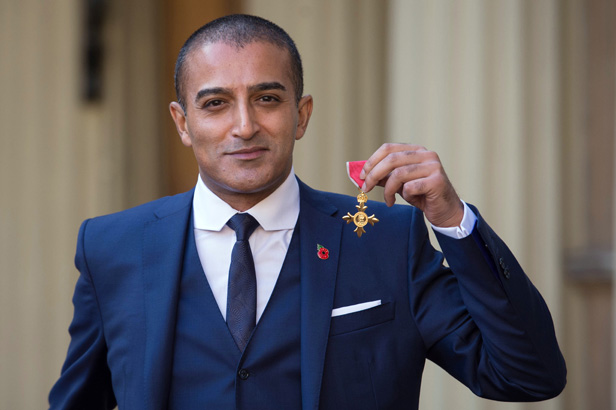 Adil Ray appeared on Who Do You Think You Are? on BBC One at 9pm On Thursday July 27. If you’ve missed any of the series you can catch up on BBC iPlayer and BT TV Catch-Up.