The au pair will create drama for the Turners in series 7 of the period drama.

Call the Midwife series 7 will introduce the character of Magda, a Hungarian au pair, who will create drama for Shelagh (Laura Main) and Dr Turner (Stephen McGann).

Magda, played by Nina Yndis, will surprise Shelagh with her glamour and "figure-hugging" dresses, which turn the head of Dr Turner and his son Timothy.

[Read more: Call the Midwife cast - who's in and who's out] 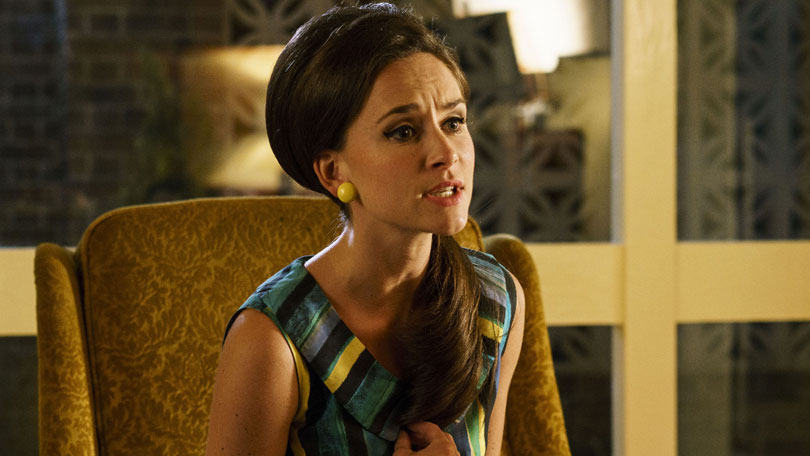 Nina is a rising star, who is originally from Norway, but currently lives in London.

You may have seen her previously in series three of Peaky Blinders, the History channel drama X Company or BBC Three’s Five by Five. She’s also recently filmed an episode of Casualty.

She appeared in Narvik at the Liverpool Everyman and Playhouse, which won the 2017 British Theatre Award for New Play.

[Read more: Call the Midwife series 7 - Everything we know so far]

Who is au pair Magda? 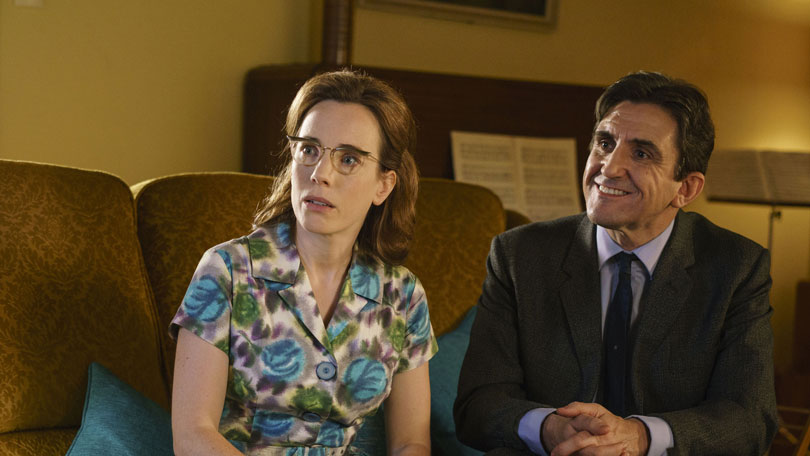 Executive producer Pippa Harris said: “One of the other things Heidi has had enormous fun with, and which will ring bells for a lot of people, is this is the era when people first started having au pairs from the continent. The Turners employ Magda, a young au pair, to help with baby Teddy.

“This is Shelagh’s idea and she is thrilled with the prospect of having the help. But when this glamorous young Eastern European lady arrives it’s not quite what she envisioned! She is first put out by the fact she has brought her own coffee pot and infers English coffee isn’t worth drinking. But she is also an incredibly attractive young lady wearing figure-hugging dresses, and Shelagh, who has just got back into her pantyhose after having Teddy, isn’t very keen to see this around the house.”

[Read more: Call the Midwife - What do the cast look like off screen?]

Laura Main added: “It is something Shelagh has read about and decides it’ll be a great thing. Dr Turner offers that she could have some help but it takes him quite by surprise that he’ll have somebody else living in the house. Shelagh hires Magda, an au pair from Hungary, but when she turns up she doesn’t look anything like her stern passport photo! She’s glamorous and young, and Shelagh is a little worried that son Timothy’s head will be turned. Magda is just a total dream and wonderful with the children, Shelagh really can’t do without her.”

“In this series it’s been great to watch Timothy Turner grow up. He is now a teenager and prey to surges of hormones like all teenagers,” said Pippa.

“We have great fun when the au pair arrives with Shelagh worrying that Timothy might develop a crush on this gorgeous young woman.”

[Read more: Nine secrets about the new series of Call the Midwife]

What else is happening in Call the Midwife series 7?

In series seven, the nuns and nurses find themselves tested, both personally and professionally, as never before. It’s 1963 and all around them they see the old East End vanishing, as slum clearances make way for bold new tower blocks to accommodate expanding communities. Their work brings them into contact with a wide range of challenging issues, from Leprosy to Stroke, Cataracts, and unmarried mothers.

[Read more: Call the Midwife to have heartbreaking story for Sister Monica Joan]

Trixie’s romance with Christopher continues to develop, whilst Tom and Barbara enjoy life as a married couple. Nurse Crane finds her authority questioned from an unexpected quarter, and Sister Monica Joan is forced to accept her failing faculties. And life for the Turners is turned upside down when Shelagh decides to employ a Hungarian au pair!

Joining as a new cast member is Leonie Elliott, who plays Nurse Lucille Anderson, the first West Indian midwife to feature as a regular character in the series. Elegant, funny and clever, Lucille is swift to settle in, and brings a fresh new energy to life at Nonnatus House. Through her eyes we explore the experiences of Caribbean nurses who came over in the 1960s to support the growing NHS.

[Read more: Who is Helen George? All you need to know about the Call the Midwife star]

Don't miss an episode with BT TV - catch up via the BBC iPlayer app.