An all-star cast tells the tragic true tale of the murder of a family.

True crime comes to ITV for the New Year with White House Farm, a dramatisation of one of the most compelling cases of the 1980s.

Five members of the same family were killed at the farm in 1985 – Sheila Caffell and her twin six-year-old sons Daniel and Nicholas, and Sheila’s parents Nevill and June Bamber, with her brother Jeremy Bamber eventually convicted of the murders.

[True crime dramas like A Confession: What to watch next]

A cast packed with big names brings the chilling case to TV, looking at the conflicting versions of what apparently happened at the family farm that night.

Sheila’s brother Jeremy Bamber was eventually charged with and convicted of the murders of his family, although he still maintains his innocence today.

He is one of the few UK prisoners to be serving a whole-life sentence without possibility of parole. 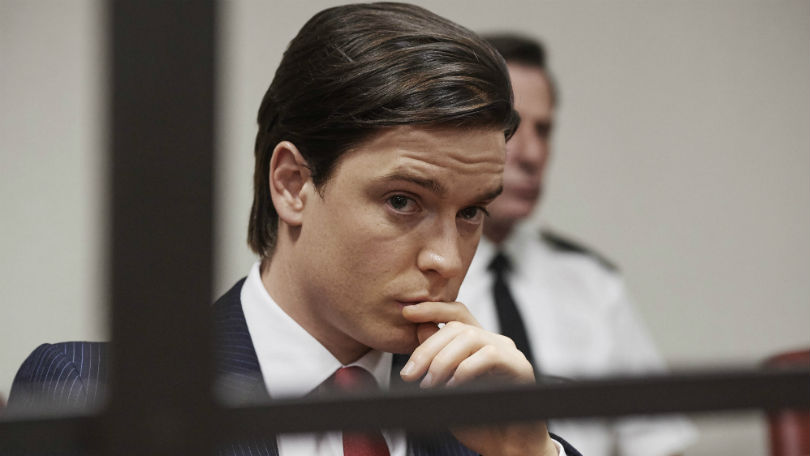 Jeremy is played by Freddie Fox (Cucumber, Banana, Year of the Rabbit), who explained what it was like playing a real-life character.

He said: “Initially I wasn’t particularly worried about it being a real life story, those thoughts started to manifest as we were actually doing it.

“After I got the role, you have to think of the people involved in this who are still alive, including Colin Caffell (the twins’ father and Sheila’s former husband) and his family, and the ramifications that has when you are telling a real life story, particularly one shrouded in such pain and tragedy.”

One of the detectives assigned to the case was DS Stan Jones, who disagreed with the rest of the police thinking that it was a murder-suicide committed by Sheila, who suffered with mental health issues.

Stan was the first to think that there was something off about Jeremy and his behaviour in the aftermath of the deaths.

He is played by Mark Addy (The Full Monty, Atlantis) who said that police procedure and forensics were very different in 1985.

Mark said: “Stan was the guy who said, ‘Wait. Hang on a minute. We shouldn’t be doing this. There should be a proper forensic investigation. Stop moving the bodies around. The crime scene is being compromised.’

“Police procedure was subsequently changed due to errors made after these murders. It’s a shame it takes something as drastic as that for people to realise they have to think about it a bit more. But in its own way it had some impact on the way police operate today.”

Stan’s superior was DCI Taff Jones, a domineering character who believed that Sheila was solely responsible for the deaths until he was challenged by Stan.

He is played by Stephen Graham, who viewers will know from various gritty roles including This is England, Line of Duty, The Virtues, and The Irishman.

Stephen featured in the Christmas schedules as Jacob Marley in the BBC adaptation of A Christmas Carol.

Colin had been married to Sheila but although their marriage had broken up some time before the tragedy and he had a new partner, they remained on good terms.

His memoir about the case was used in writing the drama, and he was consulted on many areas of the production – including giving his nod of approval to Mark Stanley (Sanditon) who plays him. 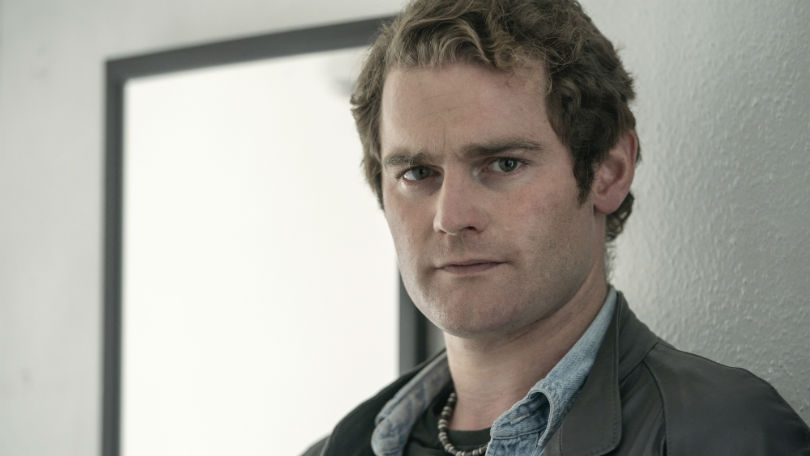 Mark said: “Colin got in touch after he watched it all to say, ‘You’ve played it as I wanted it - and how I felt I was. Which is that I survived it.’

“He is a better survivor than I ever would be. He went through absolute hell. But to see him come on set and to be able to do that with strength; I’ve got a massive amount of respect for him for being able to do that. I think Colin is incredible.

“Having his nod of approval empowered you to go on and continue to try and do the best job you could.”

The Game of Thrones actor and brother of Lily and son of Keith plays Brett Collins, a friend of Bamber.

Best known for playing Theon Greyjoy in the HBO fantasy series, Allen's other screen roles include John Wick, Jojo Rabbit, The Predator and his own documentary series Football: A Brief History.

Young mum Sheila was originally blamed for the murders, with detectives deciding she must have killed herself afterwards due to her schizophrenia.

Later, it became clear that she could not have brought herself to harm her sons, and her brother Jeremy was eventually convicted.

Sheila is played by Cressida Bonas, who said of filming the family scenes: “There is a lunch scene at the farm where Sheila is with her parents, her cousin Ann, Colin and the twin boys. It was very poignant filming that.

“I also remember a scene just after that lunch when Colin Caffell, played by Mark Stanley, leaves his twin boys at the house to stay behind with their grandparents for a short stay. The boys are hugging Colin to say goodbye. I remember everyone on set was really quiet during that filming.

“That moment really hit me, knowing what was to come. That really stayed with me. I got really emotional. Those are the moments where this story hits home. This is not fiction. It really happened.”

Jeremy’s cousin Ann started out trying to support her cousin, but soon realised his story didn’t add up and became determined to discover the truth.

Ann is played by Gemma Whelan (Gentleman Jack, Upstart Crow) who said: “Quite quickly she saw Jeremy telling the police untruths and behaving strangely. It wasn’t the behaviour of a grieving man who had lost his sister, his nephews and his mum and dad.

“Also fundamental to Ann was the knowledge that Sheila could not have carried out this crime. Whatever mental health picture was painted of Sheila, Ann knew she was utterly incapable of doing something like that to her boys. That’s when she went about searching White House Farm trying to find the truth of what had really happened that night.

“Ann showed such strength of character. She simply wouldn’t take no for an answer. Ann was strong, determined and tenacious. She would not give up. Even when the police were brushing her off and refused to listen.”

Jeremy’s girlfriend Julie was very impressionable and completely infatuated with him at the time of the murders, but she had her suspicions about what had happened and a month later went to the police to challenge the view that Sheila was responsible.

She is played by Alexa Davies (Detectorists, Harlots), who said: “She was just 20, totally in love with Jeremy and planning her future with him. She had the dilemma of living with what she thinks she knows or going to the police with absolutely zero evidence and turning her life completely upside down. 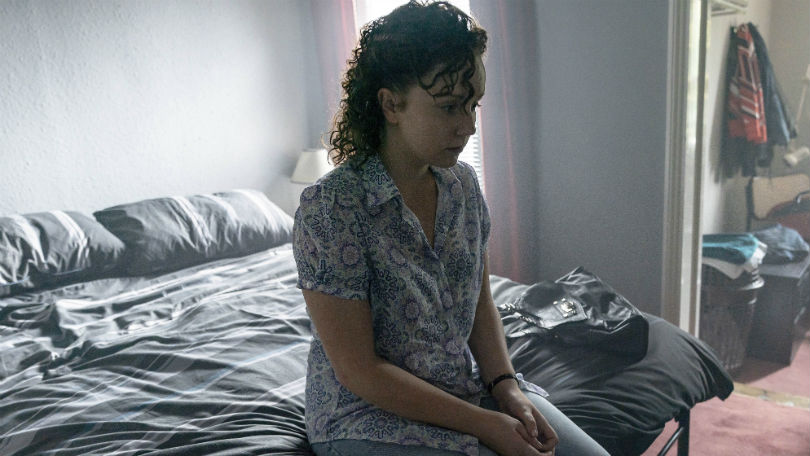 “I believe a huge part of her not going to the police for so long was that she genuinely loved that man, wanted that life with him and always to be with him. Turning him in would obviously end that.

“But despite what she knew, Julie had no evidence, while the police had already decided Sheila was the killer. Why would they believe her? And if the police did not believe her she then had to go on with her life knowing this man is walking free - she would have been terrified.

“I think it was incredibly brave for her to go to the police in those circumstances.”

Sheila and Jeremy’s adoptive parents were two more of the murder victims and had been hosting Sheila and the twins for a visit when the tragedy happened.

June is played by Amanda Burton, known for her long-running role on Silent Witness, and her husband Nevill is played by Nicholas Farrell, who featured in the BBC drama Thirteen.

Stan and his number two Mick Clark speak to Jeremy and relatives of the murdered family,  but their picture of what really happened that night at White House Farm remains inconclusive.  The twins’ father Colin Caffell is devastated by his loss, and is initially comforted by Jeremy.

Post-mortem examinations reveal nothing to contradict the murder-suicide theory.  Meanwhile, relative Ann Eaton cannot believe Sheila was responsible, and discusses her growing suspicions with her brother David Boutflour. They raise their concerns with Taff, who dismisses them angrily.