X Factor: Has it been axed? When is it on this year? Where is the normal series?

It’s the biggest change in the show’s 15-year history – find out the truth about what is happening to X Factor and how we'll be getting two shows for the price of one.

Every year, X Factor supremo Simon Cowell says he’s going to shake things up, but in 2019 he really means it.

The ITV reality contest has been suffering from a gradual decline in ratings and as it's regularly outperformed by BBC Saturday night rival Strictly Come Dancing, Cowell clearly thinks it’s time for drastic action.

We’ve rounded up all of the facts you need about what is happening to the star search and what we’re going to see in its place this year.

Has the X Factor been axed?

It’s complicated - we will see the X Factor on our screens this year, but not as we know it.

Before the X Factor 2018 had even really got going, ITV had already announced that auditions were open for the next series.

Although wannabe popstars turned up for their chance at fame, it was apparently nothing like in the numbers of previous years, and then the 2018 series went on to record the lowest ratings for the show in 14 years.

[Read more: X Factor winners - where are they now?]

Something needed to be done, and fast – so Simon took the drastic decision of cancelling any further auditions and rebooting the X Factor into two new versions.

They will be an all-stars face-off between previous contestants, and a separate celebrity series that will replace the normal show for 2019, at least.

Simon has confirmed that both shows are due to air in the autumn, probably one straight after the other, although exact dates haven’t been confirmed yet.

Despite its low ratings, the last series was still the most-watched show on ITV on Saturday and Sunday evenings, so the broadcaster obviously still feels there’s some mileage in it. 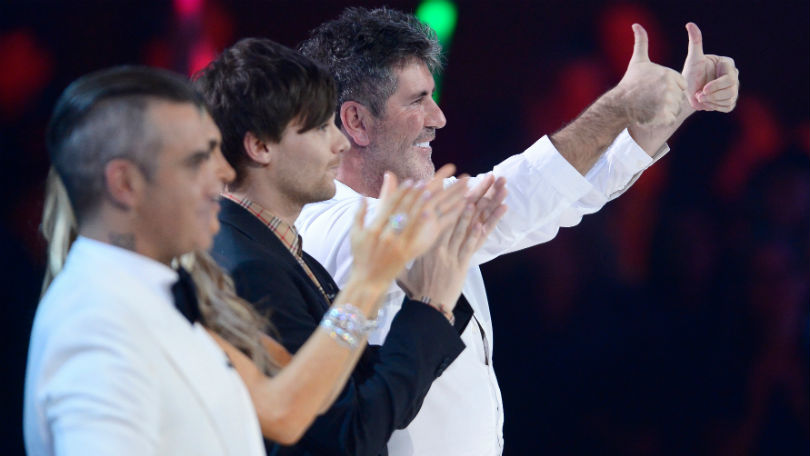 Talking to The Sun in February, Cowell said: “The time feels right, and it will be a huge change.

"We haven’t exactly confirmed the dates or the order of the shows, but essentially there are going to be two versions of X Factor running this year. I think it’s going to be huge, it’s the best I’ve felt about this show in years.”

What is the all-star series?

Expect to see some household names of the reality contest make a return to the stage for this version.

Clearly, it’s not going to be one for the X Factor’s most successful acts so don’t get your hopes up for Little Mix or One Direction topping the bill.

[Read more: All you need to know about Britain's Got Talent 2019]

But there are still a huge number of acts we’ve loved (and loved to hate) over the years who could provide TV gold in this spin-off.

We wouldn’t be at all surprised to see the likes of Honey G, Wagner, and Jedward back in front of the judges.

What is the celebrity special?

Way back in 2006, the X Factor actually tried out this idea with the The X Factor: Battle of the Stars which was won by Lucy Benjamin and also featured Chris Moyles, Paul Daniels and Debbie McGee, and a very odd duo of James Hewitt with Rebecca Loos.

So far, we can only guess at the famous names who will appear in the new celebrity contest, but if the likes of Dancing on Ice and I’m a Celebrity are anything to go by, we’re thinking soap stars and ex-Love Islanders.

Everyone loves a celebrity special, and perhaps Simon is hoping to make this one that his well-known contestants will take super seriously, like a singing version of Strictly.

[Read more: Who are the Britain's Got Talent judges?]

Who are the judges and host?

Early interviews with Simon about the identity of the judging panel suggested that Robbie and Ayda Williams, and Louis Tomlinson would all be back for the 2019 series.

Asked by This Morning whether they were returning, Simon said: "It will cost us a lot of money, but yes.”

However, that was before the music mogul announced his plans to change the format, and now he’s looking at replacing the lot.

A quick update from Team Williams… it’s been a very busy year so far. Vegas has been incredible and we cannot wait for June and July to do it all again. I’ve got the massive @BSTHydePark show on July 14 and I’ve written the lyrics and music for the #RSCBoyInDress show with @guyachambers - opening on November 8. As well as all this we’ve got some very big announcements coming soon - but we can’t reveal all yet. Sadly though it’s impossible to do everything … and we’re gutted to tell you we won’t be able to return to The X Factor this year. We will, however, be working on projects with Simon going forward - and as huge fans of the show, we will still be tuning into The X Factor, voting and winding Simon up…x

Robbie and Ayda posted on social media that they had too many commitments to make it work but remained huge fans of the show.

Louis was more open about his feelings on the changes to the show, telling The Sun’s Dan Wootton podcast that he and Simon were taking some time apart after seeing each other every day during the 2018 series.

It’d be a huge shock not to see Dermot O’Leary back as host – he spent eight years fronting the show before having a break in 2015, and has been back on stage since 2016.

Thank you so much to @nilerodgers and @liampayne . Loved it!

Will normal X Factor ever return?

At the moment, that’s anyone’s guess.

It could depend on a number of factors – how well the spin-off shows do, especially the celebrity version, could have the biggest effect if Cowell thinks it’s worth continuing as a regular thing.

There’s also the question of whether there’s still a gap in the market for the programme, as ITV also airs The Voice UK, The Voice Kids, and Britain’s Got Talent.

Cowell could be thinking that a year off might refresh the public's appetite for another normal X Factor series, but as the programme is contracted to run until 2022 on ITV, there’ll be something X Factor-shaped in the TV schedules each year.

Never miss an episode of The X Factor with BT TV – catch up via the ITV Hub app.