Where is Coronation Street filmed? Can I visit?

Discover the history behind the real-life Coronation Street sets - how the Street has developed over the years and whether you can visit Weatherfield for yourself.

Coronation Street has been a British telly staple since it started all the way back in 1960. The Edwardian terraced houses and the legendary Rovers Return pub are unmistakable as are other street landmarks such as Rita’s Cabin and Dev’s corner shop.

[Who is leaving Coronation Street? Who is joining the cast?]

But just where is Corrie filmed? Is it in Manchester city centre? And is it open to the public?

Find out the answers to this and more below:

How can I visit the Coronation Street set?

Until 2015, members of the public were able to tour the show's former Quay Street set. Guests were taken on a guided tour around the cobbled street and could see a number of sets inside the sound stages, even stopping for a photo opportunity inside the Rovers Return.

However, since 2015 the former set has been closed to the public and recent photos show it all but abandoned. The lot has supposedly been sold to make way for new blocks of flats, shops and two hotels.

There has been an exciting new development, beginning in spring 2018. You can explore the external sets at MediaCityUK in Salford on Coronation Street The Tour. Wander through Weatherfield on an 80-minute guided tour taking in Coronation Street, Rosamund Street and the newly extended Victoria Street.

You will be able to recall stories from yesteryear, hear filming secrets, take a selfie on the street and follow in the footsteps of your favourite characters down those Coronation Street cobbles.

Tours run between 9am - 6pm on selected Saturdays only, when cast and crew have downed scripts for the weekend. Tickets cost £35 for an adult and can be booked at CoronationStreetTour.co.uk/ 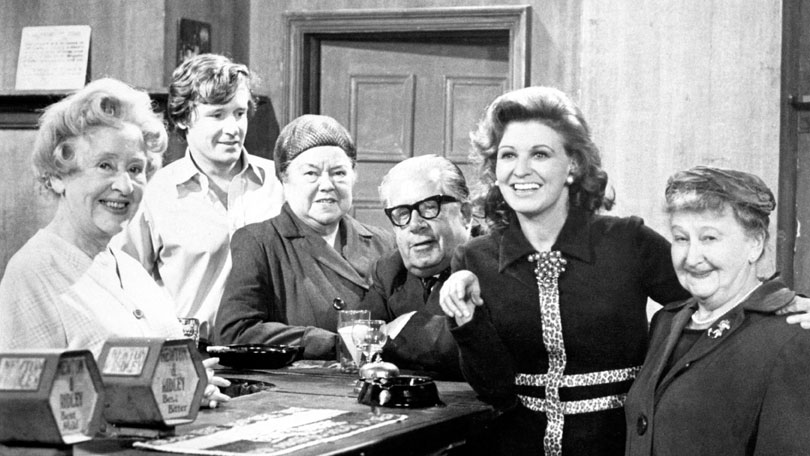 Between 1960 and 1967 almost all of Coronation Street was filmed within one of Granada Television’s studios in Manchester city centre. Each house was reduced to threequarter scale, and most scenes were filmed inside. Actors were instructed to walk slowly to make performing in such tight quarters easier and the famous cobbled streets back then were merely painted onto the studio floors - actors had to pretend to step down off the kerb onto the 'street' below.

Given Corrie’s almost immediate popularity, by 1967 Granada decided to include more outdoor scenes, which would require a permanent outdoor set for greater realism. By 1968 the first exterior street had been constructed, allowing for scenes to be filmed in natural lighting and for genuine cobbled stones to be laid. However, they were laid incorrectly, running diagonally across the street rather than parallel with the houses.

However, the Corrie actors regularly complained about the extreme coldness of filming outside and the extra filming expenses needed for exterior scenes meant much of the action was confined to indoor scenes. 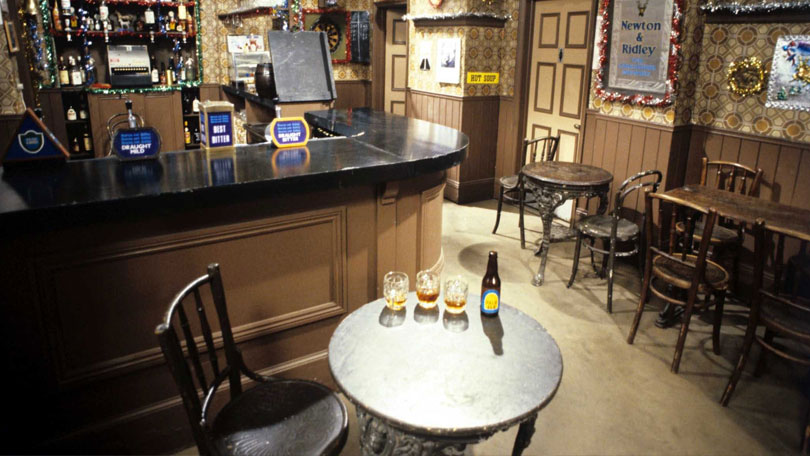 In 1982 a new, almost true-to-size exterior Coronation Street set was erected in the Granada Studios backlot in Quay Street in the centre of Manchester. This time the cobbles were laid in the correct direction and the houses were built to 7/10ths scale. The Queen opened the new set in 1982.

Stage Two featured the interior of No.13 Coronation Street (now Kevin's house and once the home of the Ogdens) and the remaining Corrie houses, as well as Audrey’s Salon. Various Corrie additions such as the medical centre and Victoria Street were added in 1999. 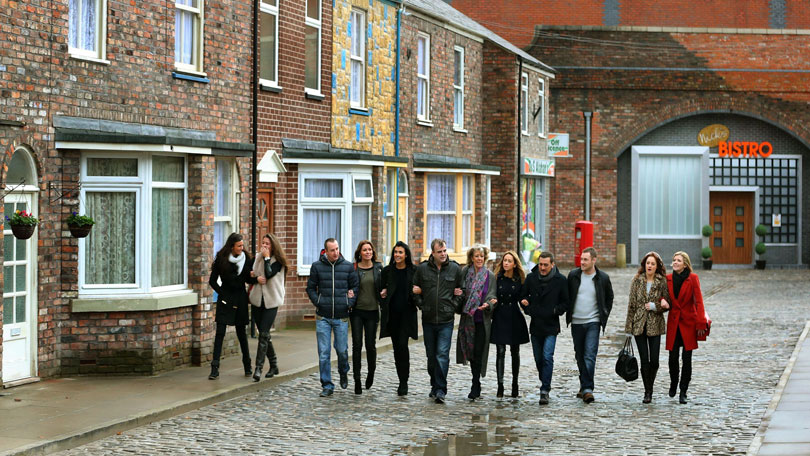 In 2010 it was announced that the Corrie set would be moving after almost 30 years at the Granada Backlot to Trafford. The new set would cost an incredible £10 million to build.

The new exterior sets at MediaCityUK in Trafford were built to a far more realistic 9/10ths scale. A total of 11,000 new cobbles were laid and the set was artificially weathered to make it look as much like the original as possible.

The extra space allowed the designers to tweak the street's landmarks slightly - the Rovers Return now has two upstairs windows and the street itself was widened so that two cars could at last pass each other comfortably.

The set was officially unveiled on November 29, 2013 and Coronation Street has been filmed here ever since.

Although the buildings have been built almost true to size, all interior scenes are still filmed within sound stages located at MediaCityUK, allowing for greater filming flexibility and space.

How old is Coronation Street?

The first episode of Coronation Street aired on December 9, 1990. However, according to the soap opera’s fictional backstory the actual Street was constructed in 1902 and is named in honour of the coronation of King Edward VII – marking the beginning of the Edwardian era.

Never miss an episode of Corrie with BT TV - catch up via the ITV Hub app.